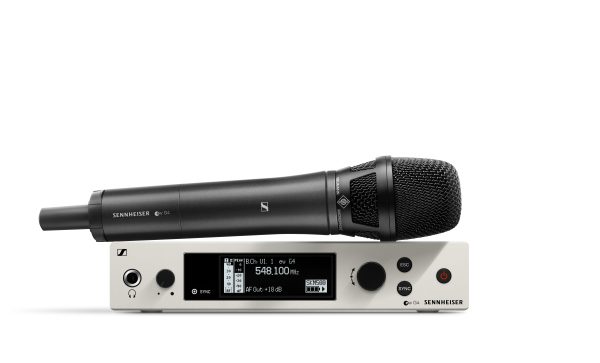 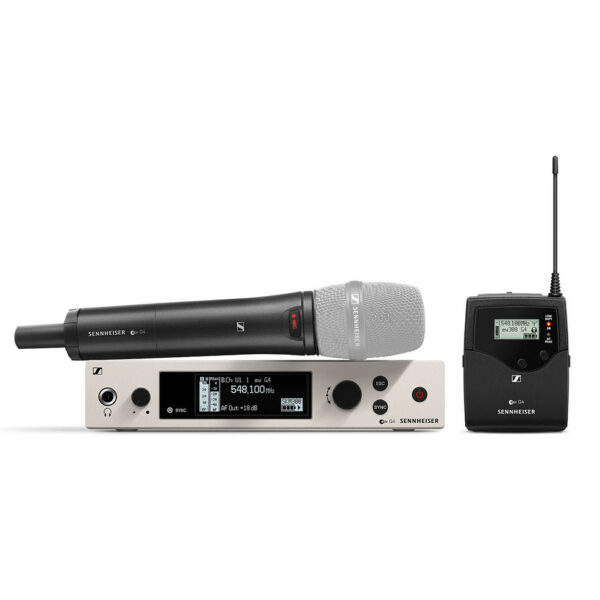 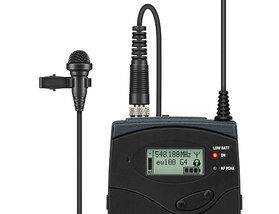 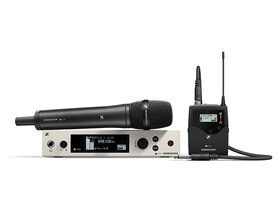 Sennheiser Evolution Wireless G4 series makes professional wireless technology even more simple, flexible and reliable. For musicians, filmmakers, convention speakers and for use in the auditorium: G4 is a system that grows with you.

The fourth-generation evolution wireless series makes professional wireless technology even more simple, flexible and reliable. For musicians, filmmakers, convention speakers and for use in the auditorium: G4 is a system that grows with you.

Stop dreaming about flexibility, stop wishing for a higher bandwidth, for more power. G4 has it. G4 takes you wherever you want to go. G4 is a wireless system that simply evolves with your passion, with your audience, with you. Evolution wireless users have come to expect an ever-evolving feature set with each new generation, and evolution wireless G4 is no exception.

Evolution wireless G4 – Evolving with you.

G4 addresses the broad base of the wireless market that relies on analogue transmission in the professional UHF band. G4 benefits from sixty years of expertise in analogue wireless design, bringing its users a maximum of features, reliability and user-friendliness. G4 is fully compatible with all G1, G2 and G3 systems, ensuring investments continue to be viable and pay off well into the future. With many user-driven improvements and new features, G4 will continue this legacy.

G4 is beyond expectations on its price point. A switching bandwidth of up to 88 MHz (300 and 500 series) literally enables you to go everywhere your job takes you. 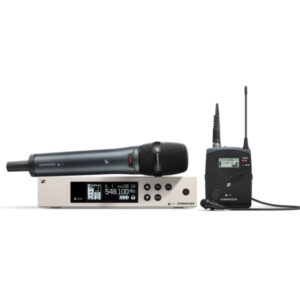 Evolution wireless G4 100 Series is a versatile wireless system for those who sing, speak or play instruments with up to 42 MHz tuning bandwidth in a stable UHF range and fast, simultaneous setup of up to 12 linked systems. 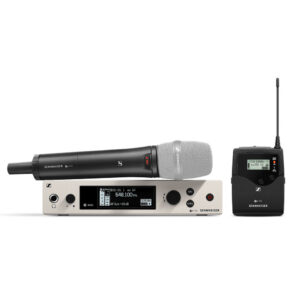 Best choice for your business, top of the class in education. The G4 300 Series uses the power of an increased switching bandwidth of up to 88 MHz. New frequency ranges allow to operate multi-channel setups with dozens of channels while securing reliable operation – despite digital dividend. 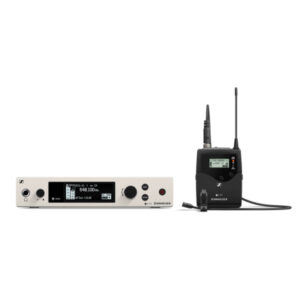 If you’re interested in finding out more about Sennheiser Evolution Wireless G4, arrange a demo or email us