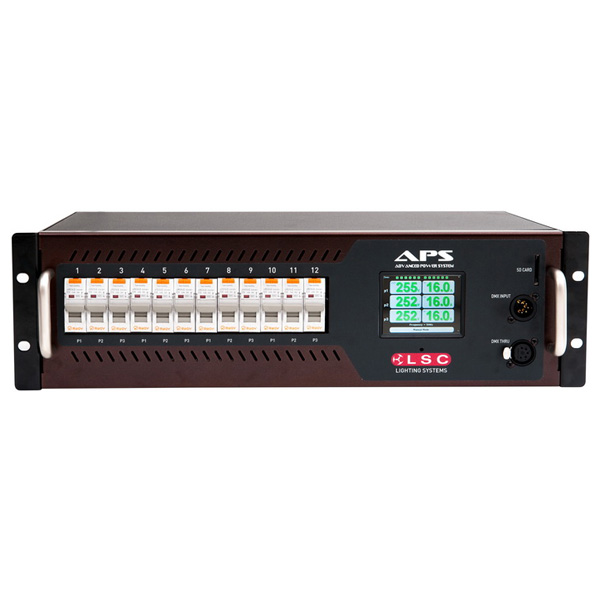 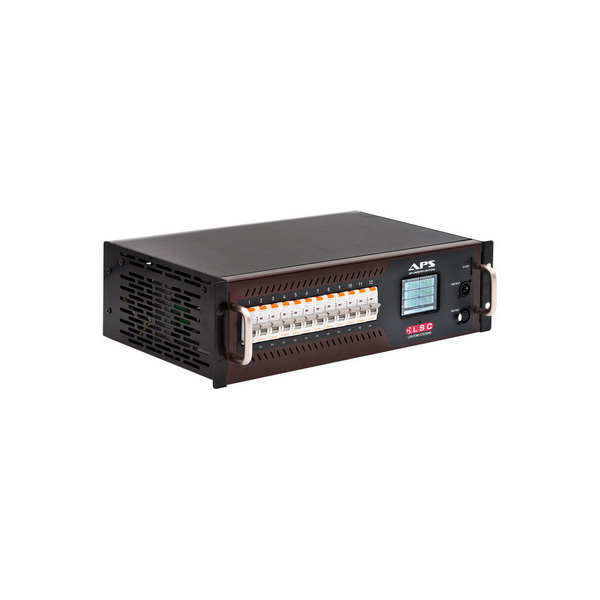 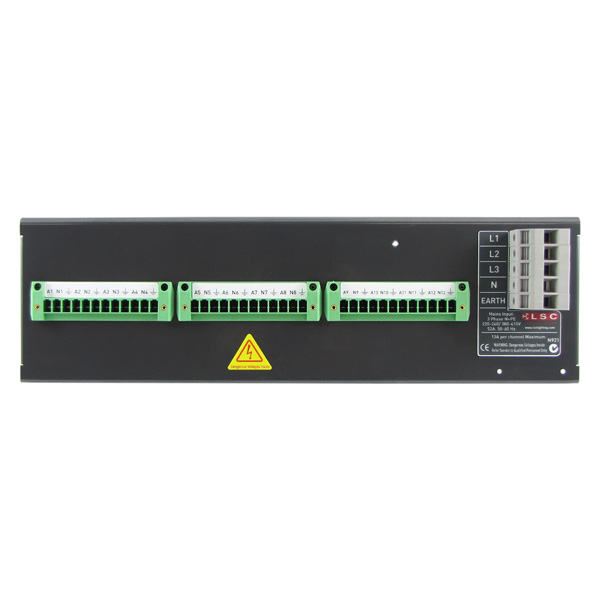 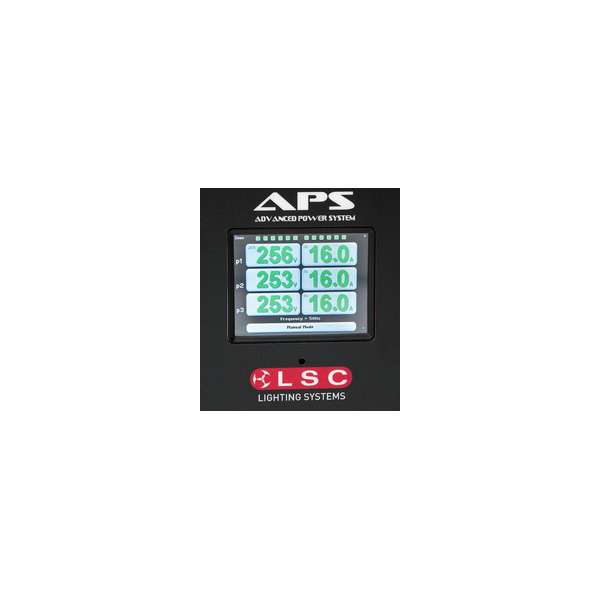 The LSC Advanced Power System (APS) provides 12 channels of power distribution and is capable of triggering complex power on or shut down procedures at the press of a single button.

Power Distribution is the most critical components of any system and lighting is no exception particularly these days when almost every fixture now needs its own mains power source. However with each fixture needing power, new problems are introduced particularly during the power up sequence.

Firstly, in-rush currents of all the power supplies and lamps starting up at the same time often causes main breakers to trip and secondly the transient currents drawn by the power supplies cause earth protection breakers to trip. To avoid these effects results in complicated power up sequences usually requiring a human sitting there switching circuits on one at a time.

The new LSC APS distribution units are a solution to this and other problems by controlling the power-on sequence of each of the individual output circuits. In its simplest form, a single command starts the sequence and then each of the 12 outputs is turned on one output at a time with a programmable time before the next circuit turns on. In this way the peak current drawn is always low and upstream breakers will not trip.

APS units can be connected together where more than 12 circuits are required and the units automatically cascade – that is, the second unit won’t commence its start up sequence until the first has finished.