After a long period of live events being postponed or cancelled, it was music to everyone’s ears when the Download Festival Pilot was announced to take place at Donnington Park, Derbyshire, as part of the UK Government’s Event Research Programme.

The popular rock festival ran from 18th – 20th June with a reduced capacity of 10,000. The Download Pilot was one of the first live music events to return to the UK and had an all-British line-up, headlined by Frank Carter & the Rattlesnakes, Enter Shikari and Bullet For My Valentine.

International lighting, visual and production designers, Mandylights, who have been dazzling the entertainment industry for around 15 years, created a spectacular show design for headliners, Enter Shikari. To achieve their desired looks Mandylights utilised a range of leading products, including Hippotizer Karst+ Media Server, which was supplied by UK Distributors for Green Hippo, A.C. Entertainment Technologies (AC-ET).

Steve Bewley, Director and Designer at Mandylights, commented; “With such short notice for the show, we needed products we were familiar with and knew would perform to meet our high production standards, and that could be deployed quickly. Having used various Hippotizer Media Servers in the past, we were confident that their Hippotizer Karst+ would deliver and be able to aid us in our designs and help create the added wow factor. We mapped content on to a video strip as opposed to a traditional screen and the Hippotizer Karst+ helped us do that with ease, creating the effective and hard-hitting result we were looking to create for Enter Shikari.”

“The Karst+ performed perfectly and never missed a beat – the server was solid throughout the whole programming, rehearsal and show periods. The hardware was great for the job as we needed something that could live at the stage end and be controlled from FOH by our lighting console. We found the Hippotizer Media Server very easy to use and we were able to set the server up as we required in a matter of minutes.” Continued Steve.

Stuart Burdett, AC-ET’s Video Sales Manager, commented; “We are delighted that we were able to supply Hippotizer Media Servers for such a poignant event for our industry. The creative looks that the wonderful team at Mandylights were able to achieve using the Karst+, nicely illustrate the design possibilities these media servers can help you create.”

“We have worked with AC-ET a number of times and the service received is always second to none. We have a great working relationship with their team and look forward to working with them again soon when the world of live events fully returns.” Concluded Steve. 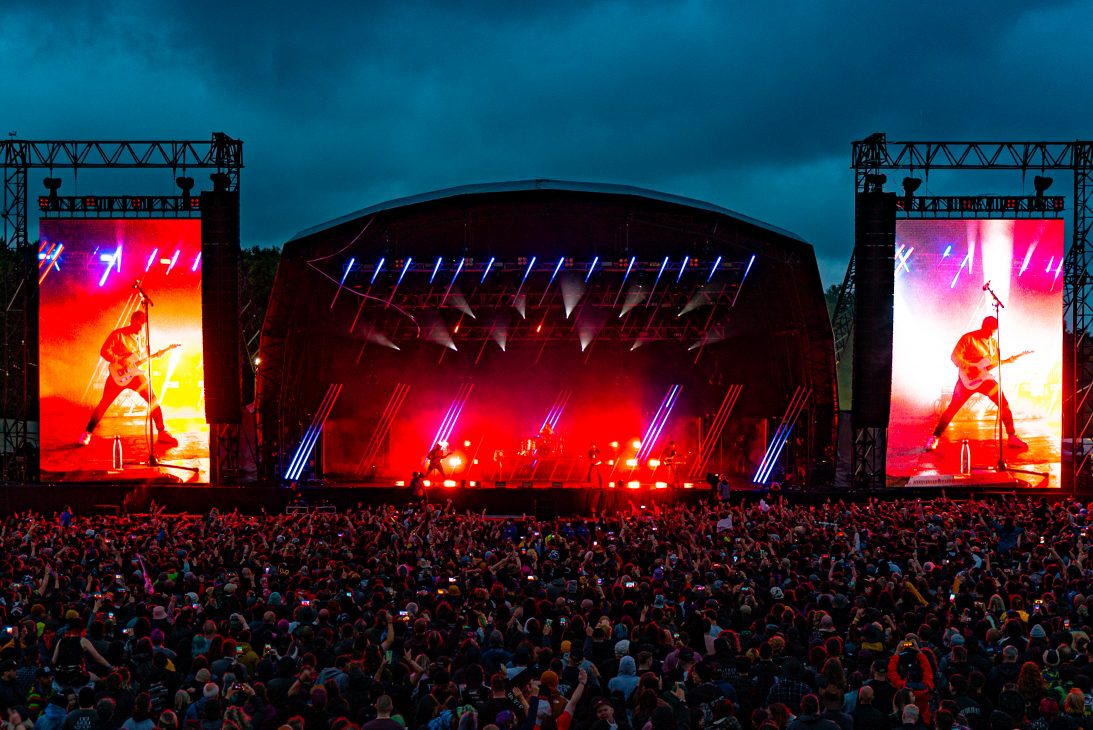 Please note, in certain countries products may not be available from A.C. Entertainment Technologies Ltd (AC-ET). The rights and ownership of all trademarks are recognised. Whilst every effort has been made to ensure that the information is correct, AC-ET accepts no liability for errors or omissions. Technical specifications and data are provided for guidance only. Because manufacturers constantly aim to improve their products, they reserve the right to amend or alter at any time and without prior notice, the specifications of any product. E&OE.