One of the most technically ambitious concert productions this decade, the legendary German industrial metal band’s first-ever stadium tour – which sees them play 31 European dates this Summer to promote their number one self-titled studio album – further ups the ante on their explosive and ground-breaking live shows.

With the massive stadium shows requiring production values to match, Woodroffe Basset Design were looking for powerful, versatile and tour-proof LED lighting solutions which could be supplied in large quantities to achieve their artistic vision.

They found them with Chroma-Q’s Color Force II fixtures after seeing a demo at the tour’s lighting vendor, Neg Earth Lights, who supplied 86 Color Force II 72™ and 18 Color Force II 48™ LED battens, as well as 28 Color One 100/100X™ LED PARs.

The lighting design follows a strict dramaturgy and storyline. As the show gets bigger and more energetic through the set, the Color Force IIs deliver strong, powerful looks on their own during some songs, as well as forming part of big overall stage looks. The fixtures have perfectly delivered the creative team’s lighting vision, and continue to do so out on the road during this tour.

Due to an overwhelmingly positive reception to the tour and high demand for additional shows, Rammstein have already announced dates for a returning European Stadium Tour in Summer 2020. 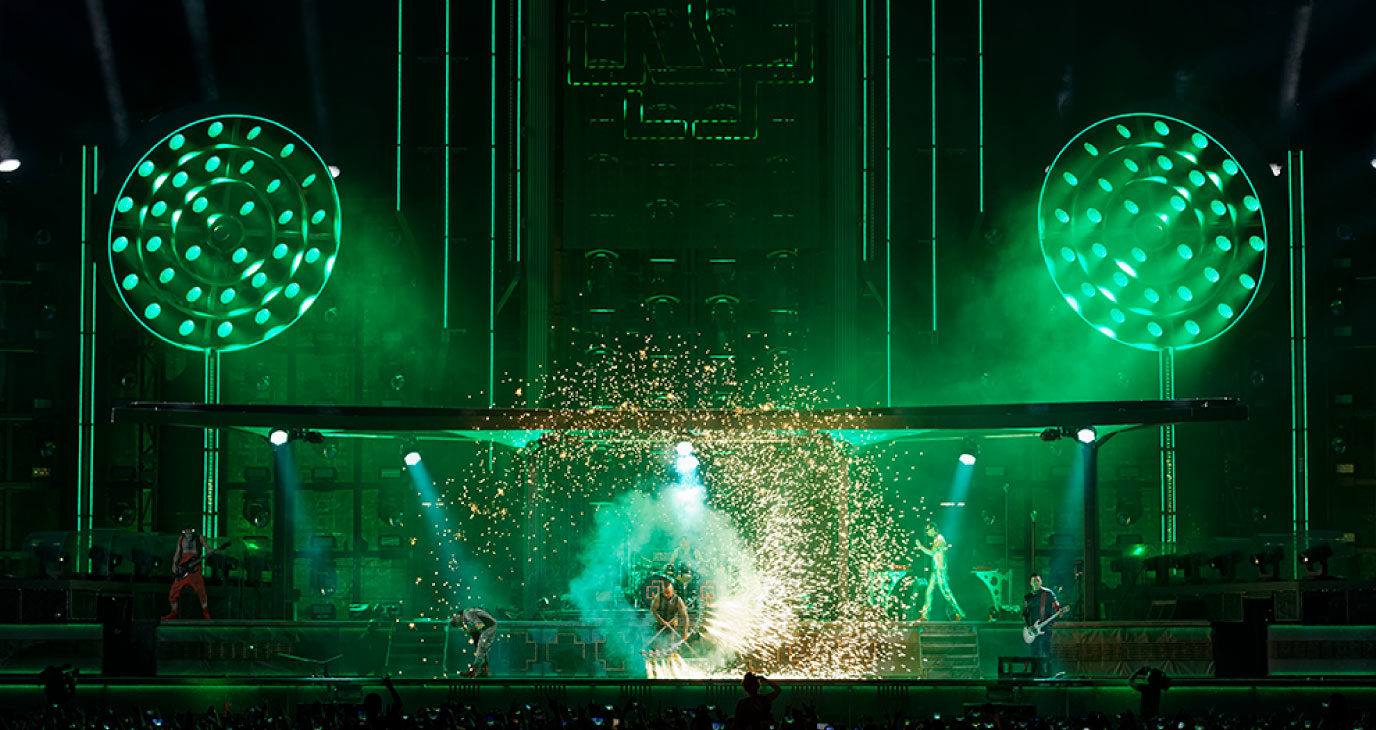