Since its inception in 2016, the UK owned company has gone from strength to strength, providing cutting-edge products for some of the biggest television studios, broadcasts, reality shows and live events.

Version 2’s Managing Director, Nick Edwards commented; “When setting up Version 2, we were in the fortunate position of buying everything new. We didn’t want to be burdened by the legacy of traditional tungsten technology, but at the same time wanted to keep the iconic look of the traditional fixtures. We were delighted by some of the LED alternatives from PROLIGHTS, which enabled us to keep the style and look desired by many LDs, but in LED form.”

Version 2 have been using LumiPix 16H for a number of years, in fact at year end, they were the most utilised fixture in Version 2’s inventory.

Nick continued; “Thanks to its cost-effective price point, LumiPix 16H has always proved popular with LDs. We are excited to have just added the LumiPix 15IP RGBW LED Batten to our offering. We chose these because the units are low energy and IP rated, adding additional versatility, especially with a high number of upcoming outdoor events. I have no doubt they will prove a success with our customers.”

LumiPix 15IP delivers advanced brightness and colour mixing, as well as enhanced creative freedom with individual pixel control of each cell. The unit also has a demountable central omega bracket that makes it quick and easy to deploy in the air or on the floor.

PROLIGHTS’ ArenaCob 4FC is a full colour LED replacement for a traditional 4 cell DWE blinder, which ticked all the boxes for Version 2 when looking for an energy-efficient alternative.

“I had been made aware of the ArenaCob 4FC’s when the Coldplay world tour had just completed with a substantial number of these units. Speaking with the Lighting Director he highly commended the fixtures, and the crew confirmed they were highly reliable. If they could survive night after night on the road, they would certainly survive film and television usage too. We had a demo, and made the decision on the same day to purchase the fixture. I really like the fact that the aperture of the light source and the spacing is identical to a traditional 4 Light Molefay, making it a like for like swap. It’s low power LED RGBW source, and IP rating makes it so versatile, we have deployed the units both on location and in the studio. We have gone on to manufacture custom brackets to allow the units to be rigged in pairs to resemble a classic 8 Light Molefay complete with a tilting yoke…” commented Nick.

Mike comments; “I’m a big fan of the ArenaCob, fixtures for a number of reasons. Firstly, their visual appearance and output on camera. When they’re doubled up through Version 2’s custom metalwork they look exactly like a traditional Molefay. I found them to be very versatile as I used them extensively on my recent work over the last couple of years lighting the linking studio both on location and at IMG Studios for the Amazon Prime Video coverage of the ATP tennis tours. I initially chose these fixtures as their visual look provided a feel of stadium flood lighting that needed to be added to the studio presentation, an additional advantage is that the fixture in open white the colour rendering is excellent and has been utilised to provide lighting to various presentation positions, both on location at Queens club and the O2 as well as the usual studio presentation set at IMG Studios Stockley Park.

In my opinion for the very attractive price point through our rental partners Version 2, you get a very impressive versatile fixture.”

“We have found the PROLIGHTS LED range to be extremely reliable. They read well into camera, and of course importantly for us, they are flicker free. The build quality of both units are excellent! As workhorses in our fleet they have to be ready to go out week after week without failures. We are very pleased with our investment.” Commented Nick.

Nick concludes; “We have been working with the AC-ET team for a number of years now, they are our primary supplier for all things from fixtures, to cables and consumables. The efficient tech support and availability of parts gives us additional peace of mind when purchasing PROLIGHTS products. We’ve been well looked after by AC-ET’s Senior UK Lighting Sales, Bob Allen for many years. His support, knowledge and the speed he deals with our requests is extremely well received. He always helps ensure deadlines are met and the equipment is ready for our productions.” 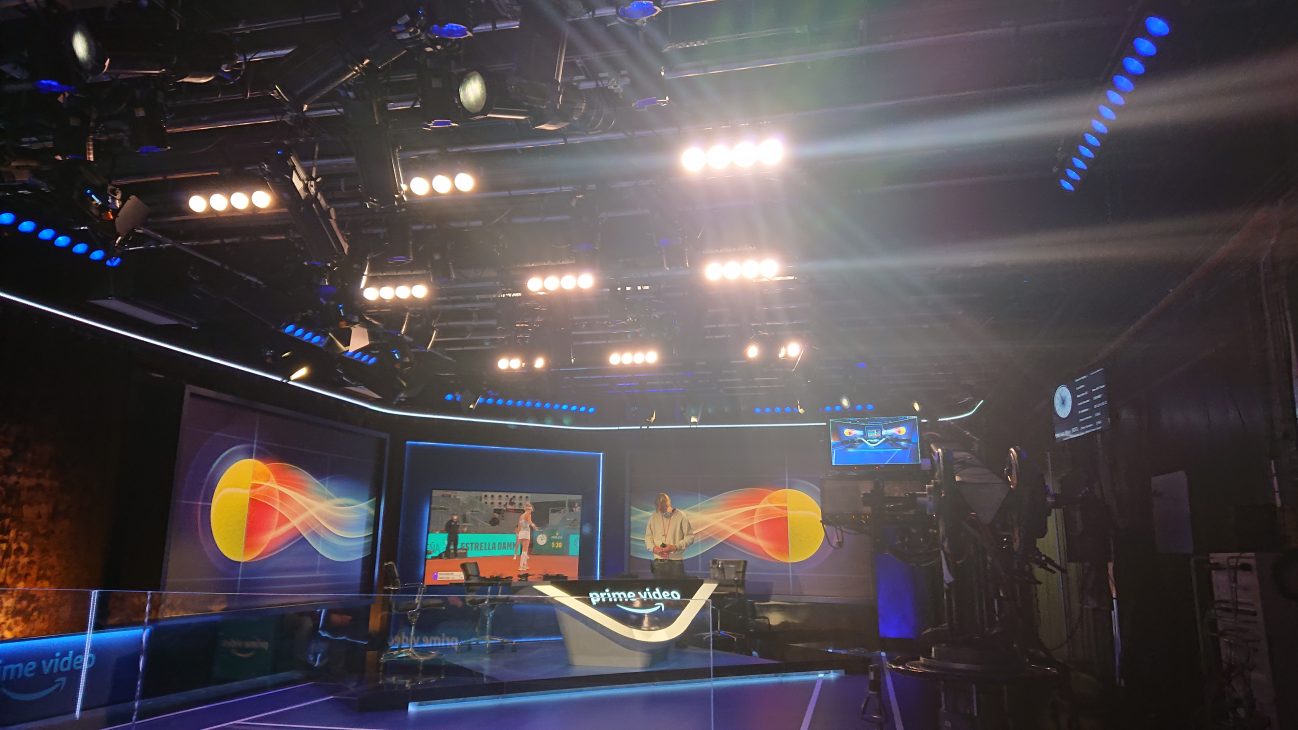 Please note, in certain countries ProLights products may not be available from A.C. Entertainment Technologies Ltd (AC-ET). The rights and ownership of all trademarks are recognised. Whilst every effort has been made to ensure that the information is correct, AC-ET accepts no liability for errors or omissions. Technical specifications and data are provided for guidance only. Because manufacturers constantly aim to improve their products, they reserve the right to amend or alter at any time and without prior notice, the specifications of any product. E&OE.