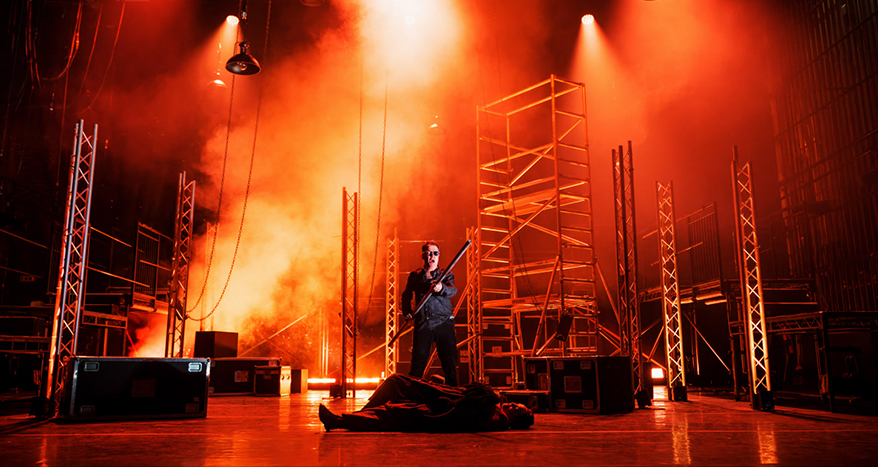 UK – Chroma-Q, Vista by Chroma-Q and PROLIGHTS have once again taken to the stage with the Arcola Theatre for their recent production of the Opera, Die Valkure.

Lighting designer and programmer, Robert Price helped amplify the narration through lighting. For this he used an extensive rig which featured Chroma-Q® Color Force IITM battens, PROLIGHTS EclProfile FC, EclProfile CT+ and Vista by Chroma-Q® lighting and media control, as well as a number of other industry leading brands.

Robert commented; “The Lighting Design for this show was centred around a few main points: Setting the scene, guiding the story from place to place, enhancing mood / tone, reinforcing the drama that was happening on stage and conveying the emotions of characters.

“I was asked to not only light the set and actors but to also incorporate the entire stage space into the action. For this production there was no masking to the LX bars. The Grid, Fly frame and bare walls were all in view, including the lighting fixtures themselves, that I also incorporated into parts of the set.”

Due to time restraints, Robert required a versatile rig that was quick to build and program. For this reason, the entire rig was comprised of LED moving and colour changing fixtures so no colour filters or overhead focusing was required – speed and ease of use was a big influence when Robert was specifying his lighting design.

Chroma-Q’s Color Force II were used as an upstage ground-row backlight that not only put the entire set into silhouette but also beautifully lit the underside of the lighting rig. They were a key fixture throughout the performance, accenting some of the most important moments of the piece.

“I chose Color Force II for their raw power, wide beam angle, smooth dimming and excellent colour rendering”, explains Robert. “Furthermore, using them in their full pixel control mode, combined with Vista’s FX engine and timeline, meant that I could create a fire effect that starts from a single pixel and then slowly grows over the battens, eventually engulfing the entire rig, before closing back down to that single pixel once again.”

“Color Force II performed perfectly on this project. They are incredibly easy to setup, utilising the inbuilt touch screen, and focussing the fixtures was straight forward – thanks to the quick release yoke. The physical design of the fixtures also enable the battens sit flush against each other.”

The PROLIGHTS EclProfile FC and the EclProfile CT+ were implemented directly into the set becoming a major part of the overall aesthetic.

“They were the work horses for this show, I wanted as much of the performance to be as side lit as possible. Therefore, both profile types ended up providing the majority of the face light and stage wash. From technical rehearsal all the way through to the performance – they were brilliant! Most importantly was that the calibration from unit to unit was exactly the same, so I didn’t have to waste precious time tweaking lighting console colour presets to create a colour match.

“Both Profile types had great colour mixing and plenty of punch, but the EclProfile CT+ was the star of the show in terms of tungsten emulation. I found them very intuitive to work with and having a nice calibrated ‘tungsten” as a factory default made everything incredibly easy. Furthermore, in “extended” mode you can have precise control over everything, should you need that extra fine level of detail.” Added Robert.

Speaking about his use of Vista by Chroma-Q, Robert comments; “For this project I used the latest release of Vista V3 with a Vista S1 and two M1 control surfaces. The overall workflow that Vista has in terms of speed and ease of use helped me greatly on this project. Thanks to Vista’s layout and Live edit mode everything I needed was in one place, which meant I could look at the stage more than my screen. The ability to set my lighting plan as a background image and overlay my fixture controls meant that I also didn’t have to refer to any paperwork and could further concentrate on creating great looking cues.

“As always, Vista’s timeline was one of the features that I used constantly – it allowed me to build complex timings over any parameter within seconds. “Extracts” also meant that I could take any sequence of events from one fixture type and then instantly program them on another. “Q-View” was another feature that I could not do without! Q-View allowed me to jump to any cue and edit it blind, whilst still having a perfect graphical representation of what was happening in that cue on screen. Finally, Vista’s GUI allowed me to see how any newly programmed events would track through my cuelist in real time, meaning there was no guess work about what was happening on stage when!”

Robert summarises; “Vista performed extremely well on this project, V3 has all the features I need and it can keep up with the most demanding programming tasks. Hardware and software are responsive, robust and reliable.”

The Chroma-Q, Vista by Chroma-Q and PROLIGHTS products were supplied by leading technology supplier and exclusive UK distributor for these brands, A.C. Entertainment Technologies Ltd. (AC-ET).

Robert concluded; “Working with AC-ET is always a pleasure! They have supported me on numerous projects over the years, not only with great fixtures and equipment, but also good advice, feedback, professional and friendly customer service and fantastic tech support. I cannot recommend them highly enough!” 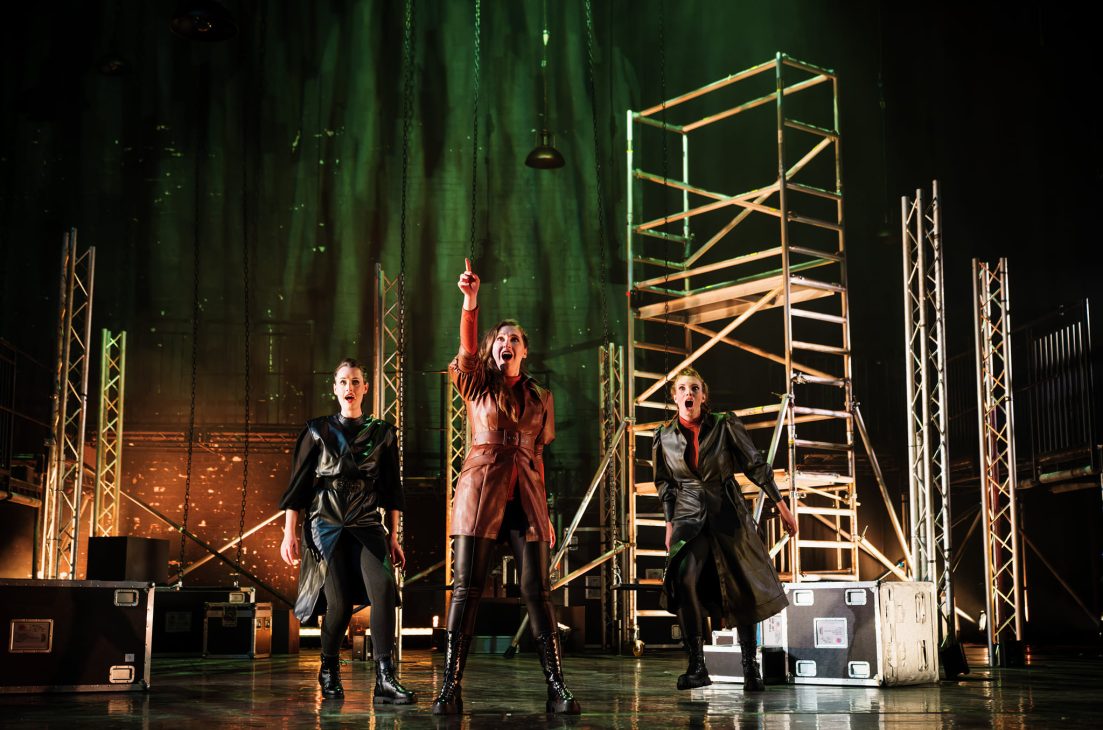 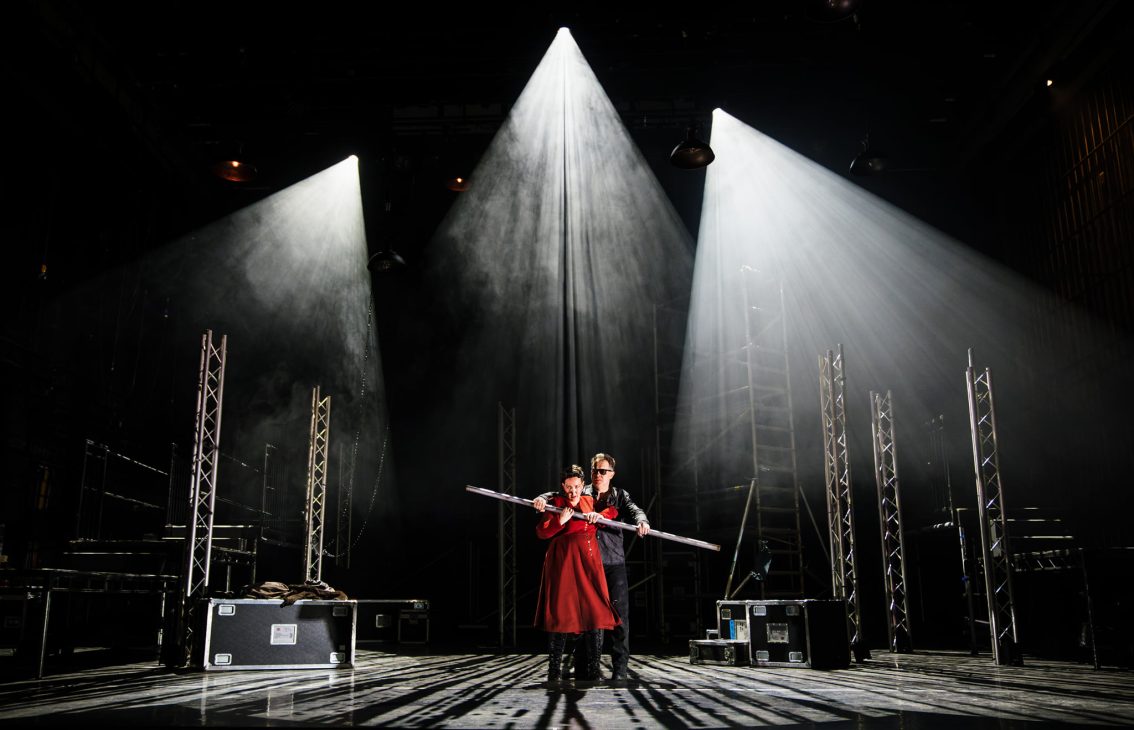 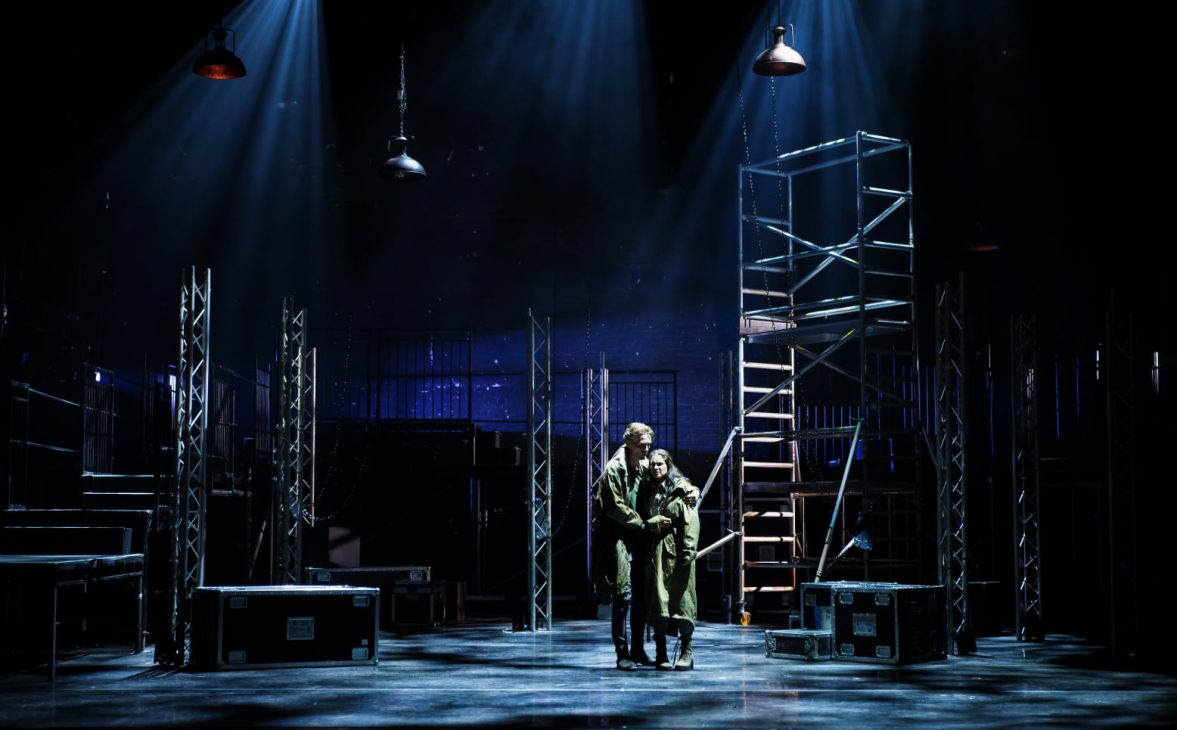 Please note, in certain countries some products may not be available from A.C. Entertainment Technologies Ltd (AC-ET). The rights and ownership of all trademarks are recognised. Whilst every effort has been made to ensure that the information is correct, AC-ET accepts no liability for errors or omissions. Technical specifications and data are provided for guidance only. Because manufacturers constantly aim to improve their products, they reserve the right to amend or alter at any time and without prior notice, the specifications of any product. E&OE.