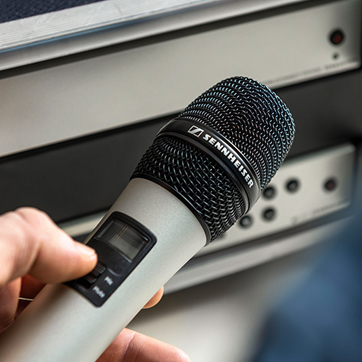 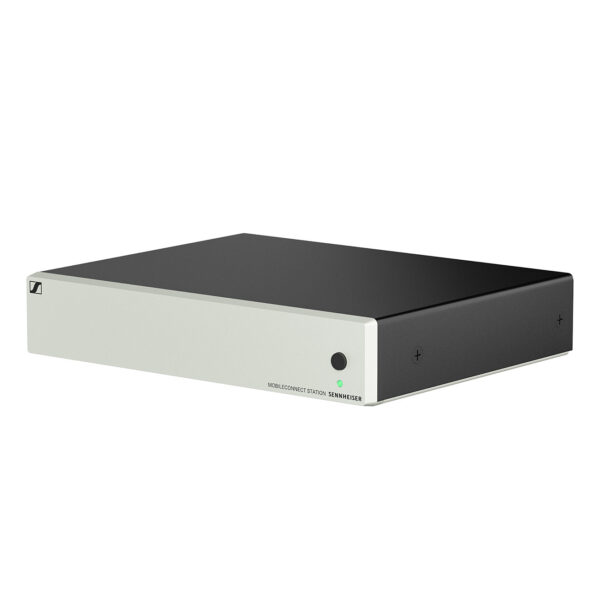 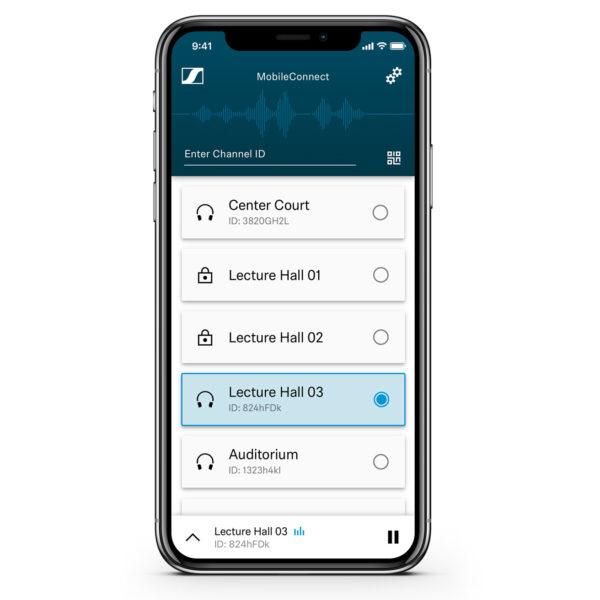 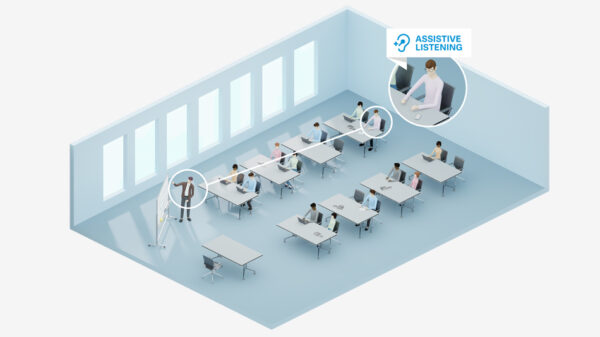 Sennheiser MobileConnect is an assistive and personal listening solution that streams live audio content via WiFi to any iOS or Android phone in a room.

Using your own smartphone as a receiver offers many advantages – not only in times of Covid. It allows you to connect your favourite listening device, for example an induction neck loop or your over-ear headphones, so that you just need to start listening without asking for rental equipment in advance. But most importantly, it allows you to sit anywhere in the room, not just in the front row where the induction loop is installed.

There are two ways to set up MobileConnect: The lightweight Standalone Mode and the fully integrated and scalable Manager Mode. This provides the flexibility you need to easily integrate any number of MobileConnect Stations into your existing audio setup and network environment. And as you can switch between both modes at any time the system can effortlessly grow and change to meet your needs in the future.

As one of the three main components of MobileConnect, the MobileConnect App works as the receiver for all of your MobileConnect audio streams. Its clean and appealing design makes it easy to use for everyone and thanks to the screen reader support for both iOS and Android it can also be used by visually impaired and blind people. As people have different hearing preferences and needs, we have implemented the so-called Personal Hearing Assistant, which allows for adjusting the sound and also enhances speech intelligibility.
As many Bluetooth devices still introduce additional audio delay, we recommend using wired hearing devices or connecting an induction neck loop to the phone.
The app is free of charge and does not contain any advertisement and we take data privacy of our users and customers very seriously. This starts at protecting access to streaming channels by QR and PIN code and ends at limiting data tracking to an absolute minimum.