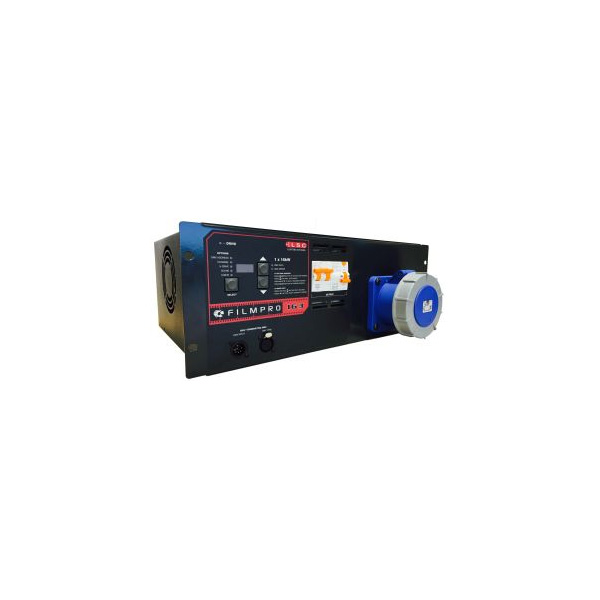 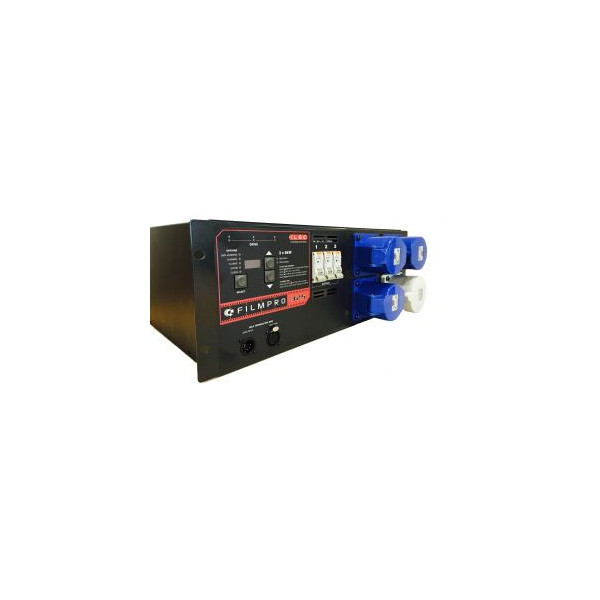 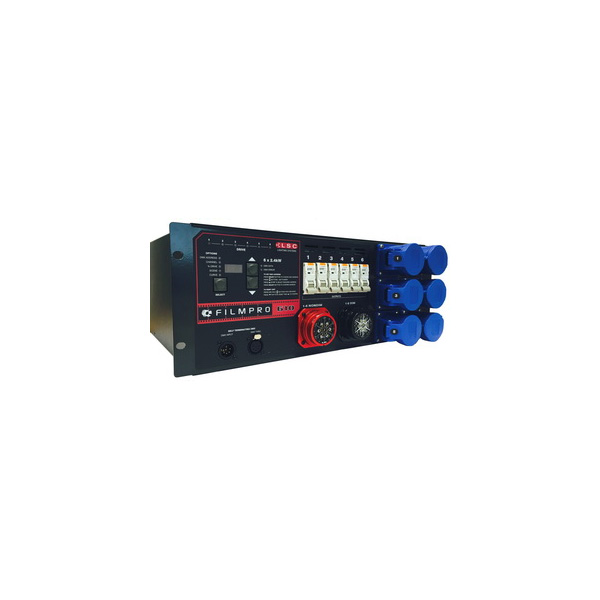 The LSC FILMPRO range of dimmers are designed for use within the film & TV lighting industry. The FILMPRO range offers three models - 6ch x 10A, 3ch x 25A and 1ch x 63A.

Designed in conjunction with specialists from the film & TV lighting industry, the FILMPRO range has already become the number one dimmer of choice for rental companies throughout Europe, Australia and South Africa and has showcased in hundreds of feature films and TV broadcasts around the world.

There are 3 models available:

6ch x 10A with combined Socapex and 16A CEE connectors along with a further Socapex for Non-Dim circuits only, thereby offering the user both dimming circuits and/or direct power per channel.

3 channel x 25A dimmer with 3 off 32A CEE output connectors and a 3 circuit multipole connector.

And finally, the 1 channel x 63A dimmer.

All of the above three models have a 63A 1ph CEE input connector on the back panel.

Each circuit on the FILMPRO is protected by an RCBO (combination MCB + 30mA RCD) on each circuit rated at either 10A, 25A or 63A. Optional neutral disconnect MCBs can be provided where RCDs are not desirable.

The user interface is a simple 3-button interface with up & down keys and a select button making the dimmer setup very simple even for the less experienced user.