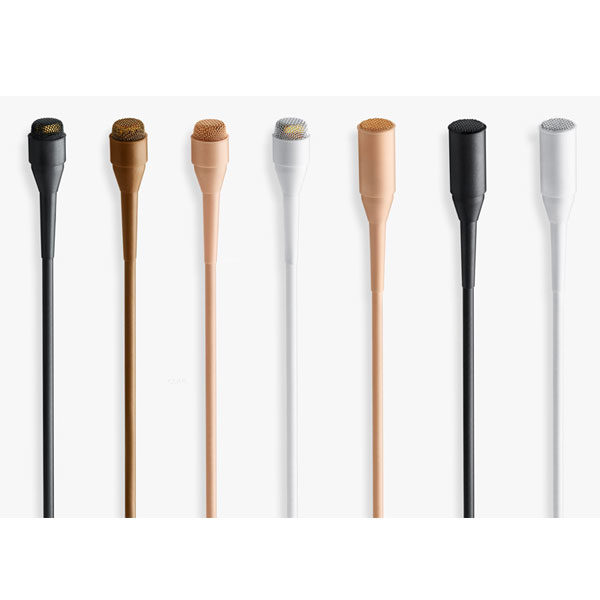 The DPA lavalier microphone, also known as a lapel mic, lav, clip mic, body mic, collar mic and neck mic, is a miniature microphone, most often placed somewhere on the talent’s body as a bodyworn mic. They allow the talent to move freely while they are performing.

Where are lavalier mics used?

You have probably seen lavalier mics used for television, theatre, and public speaking applications. They are also commonly used in film production, although you will not be able to see them when used in this application as they are typically hidden in costumes.

These mics are very versatile; placement and mounting depends on which application the mic is being used for. In theatre applications, lavs are often concealed in the performer’s hair, forehead or even in their clothing.

In television and public speaking applications, the lavalier will typically be clipped to the subject’s clothing, usually on the tie, jacket or collar. As mentioned above, lavalier mics are very common in film applications, where they are hidden under clothing.

To attach these bodyworn mics to the talent, a wide variety of small clips are available to mount the mics on collars, ties or other clothing. There are also accessories that allow these mics to be hidden in button holes, underneath clothing and in the hair.