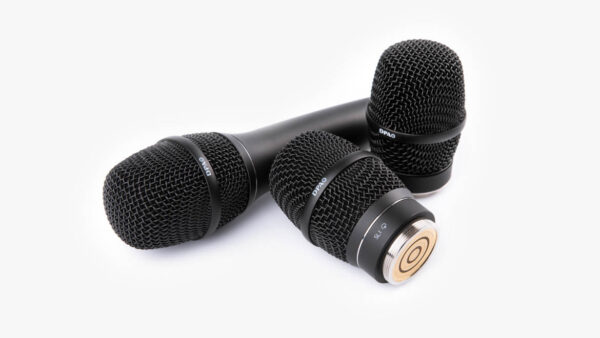 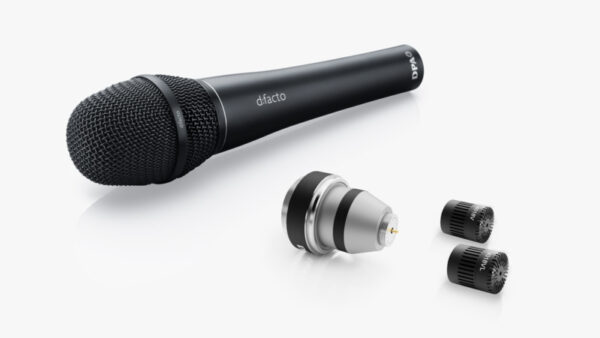 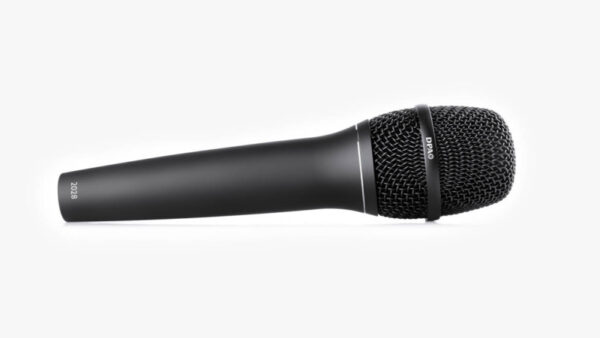 Handheld vocal microphones have a certain look for both historical reasons as well as for the fact that they need to meet certain audio needs. Having a steady handgrip and controlled wind- and pop-suppression is exceptionally important. The DPA 2028 and 4018 handheld vocal microphones have extreme SPL handling with a 20Hz-20kHz frequency response. Can be used wired or can work together with your favourite wireless system.

For most efficient wind- and pop-suppression, the furthest distance of the internal diaphragm from the mouth as possible is ideal, which requires a certain grill size. At the same time, the overall size of the stage vocal microphone must be bigger than a small diaphragm condenser recording microphones and smaller than a large diaphragm cylinder “bird cage” studio microphone.

For the performer, it should also appear to be large enough to “hide” behind (like having an instrument), but also small enough to provide a view that enables them to move around the stage and the audience to see them. A handheld microphone is generally held in the performer’s hand and / or secured on a mic stand. This mic is most commonly used to pick up the human singing voice in a wide variety of settings and is generally what a person visualises a microphone to be. Moreover, if you ask a child to draw a microphone, they will most likely draw the legendary “ice cream cone shape”, which is common, but not the only shape used. 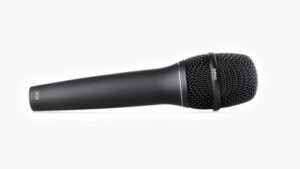 The 2028 sports a supercardioid capsule with the famously flat DPA off-axis response. This gives the microphone a very high gain-before-feedback and at the same time makes it so much easier for sound engineers to handle bleed from other instruments at close proximity. The 2028 picks up these off-axis sounds in the most natural way.

On a live stage, the 2028 will deliver the same open and transparent sound that other DPA microphones deliver. In fact, it needs no (or very little) EQ to sound just like you are standing next to the singer listening to their performance. This allows the singer to use their voice just as if no mic was present, which puts less strain on them. In addition, it allows sound engineers to spend their time shaping the sound experience rather than covering up due to artifacts. This amazing transparency is unique for DPA vocal condenser mics.

The 2028 is available in three versions 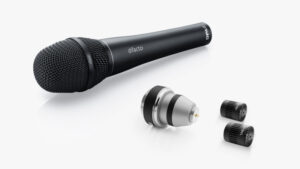 The d:facto™ series brings true studio sound to the live stage and broadcasting studio. These handheld condenser mics are available in an extremely linear version as well as in a version with a high-end boost. The modular nature of the d:facto™ series allows you to switch the capsule as well as the adapter, making it the most flexible vocal microphone available on the market. Engineered especially for vocal performances onstage, the d:facto™ holds a supercardioid capsule that is designed to reproduce every nuance of the human voice transparently, consistently and thrillingly. There are two versions available. The d:facto™ Linear Vocal Microphone (4018VL) is extremely linear. The d:facto™ Vocal Microphone (4018V) is linear but with a high-end boost. The 4018V  is often chosen because it  ‘cuts through’ on a broadcasting set, where the content typically ends up transmitted to built-in television speakers with limited audio quality.