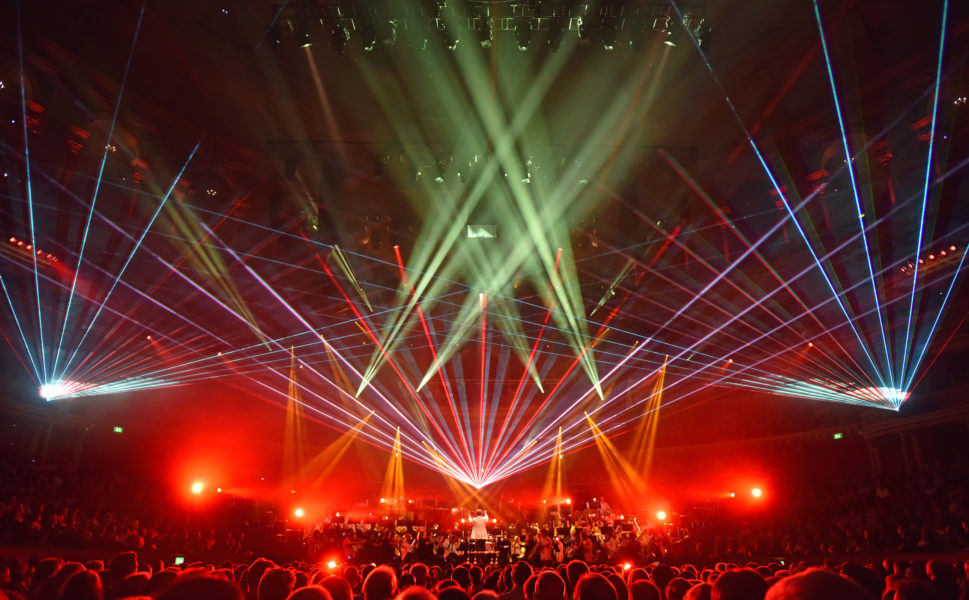 UK – Space Spectacular, the annual space-inspired music co-production between the Royal Albert Hall (RAH) and promoter Raymond Gubbay, needed a spectacular lighting and effects show to live up to its name. With limited time to set up and programmed the extensive rig, RAH’s Lighting Design Manager, Richard Rhys Thomas, was able to put together a stunning show in only a few hours using a Jands Vista L5 Console. 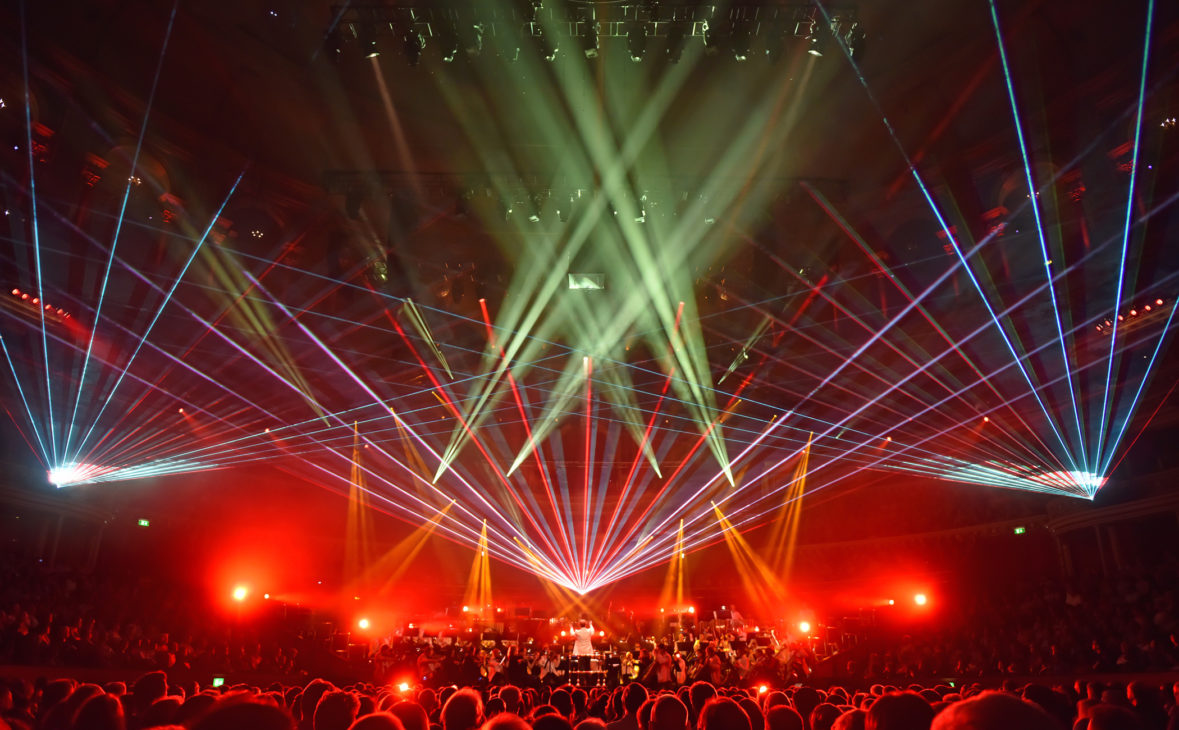 For me it comes down to limited time availability and being able to maximise time to create the actual design looks, effects and sequences with ease. The fact that over 180 moving lights, 100 LEDs and 200 dimmers, together with all attribute controls and palettes were accessible from a single layout on a large screen meant there was complete control at any one time. This greatly speeds up the programming process and is a fantastic credit to the design of the L5 console.

Presented by the Royal Philharmonic Orchestra and conducted by Anthony Inglis, Space Spectacular, a voyage through a galaxy of favourite music from deep space and beyond, ran for three shows over two days and featured the classic John Williams themes from Star Wars, Superman, E.T., and Close Encounters – where a space ship even descends over the hall – as well as many more iconic classical, film and TV pieces by composers including Holst, James Horner and David Arnold.

Richard’s space-inspired creative lighting design used the Royal Albert Hall’s core rig complemented by a range of additional fixtures, and included moving lights from Robe, Clay Paky, Vari-Lite and ETC; numerous mirror balls, including one which was 1.5m in size; as well as pyrotechnics and lasers.

We aimed to enhance the music by using lighting, lasers and pyrotechnics. From the moment the audience walked into the auditorium the lighting was suggestive of space. Lighting led them through the various scores, with exciting and dynamic looks which told a story to complement the music. For a ‘Space Spectacular’, the looks and effects had to live up to the name but still be carefully balanced with the live orchestra, to enhance the music rather than being a distraction from it.

The L5, with its simple and intuitive user interface, allowed me to realise my lighting design with minimal effort, and I was able to focus on the stage rather than looking at screens and worrying about numbers. The large high resolution Wacom display allowed the whole rig to be accessible off one screen, maximising my potential within the very short time frame that was available.

Space Spectacular returns to the Royal Albert Hall for three more performances in May 2018. For further information, or to buy tickets, go to www.royalalberthall.com.