Using the PROLIGHTS Panorama AirBeam fixtures was key to the success of this project. The IP rated fixtures performed flawlessly outdoors for four consecutive evenings

The lighting installation was commissioned by Harrogate International Festivals, a major arts project of national importance which has helped to revolutionise the cultural landscape for the North of England.

To celebrate the waters that have made Harrogate a tourist attraction since 1571, when William Slingsby discovered natural mineral springs in the local Valley Gardens, these wells and the town’s iconic Harlow Hill water tower were illuminated for a stunning light show over a series of evenings.

He commented: “Using the PROLIGHTS Panorama AirBeam fixtures was key to the success of this project. The IP rated fixtures performed flawlessly outdoors for four consecutive evenings.

He added: “Logistics and load-in were very tight as we had to work around road closures for the UCI Cycling, so the fixtures’ hassle-free and quick setup really helped.”

James lit the Harrogate water tower in spectacular, colourful beams to make a 3D art installation. In addition, he used the fixtures as beacons of light to create a 3-dimensional map of the 36 wells.

He concluded: “I’m really impressed with the Panorama Airbeams. The output from a small source was incredible and could be seen for many miles around.”

The PROLIGHTS fixtures were recommended to James by LCR Lights Control Rigging, who supplied all the lighting equipment for both sites. 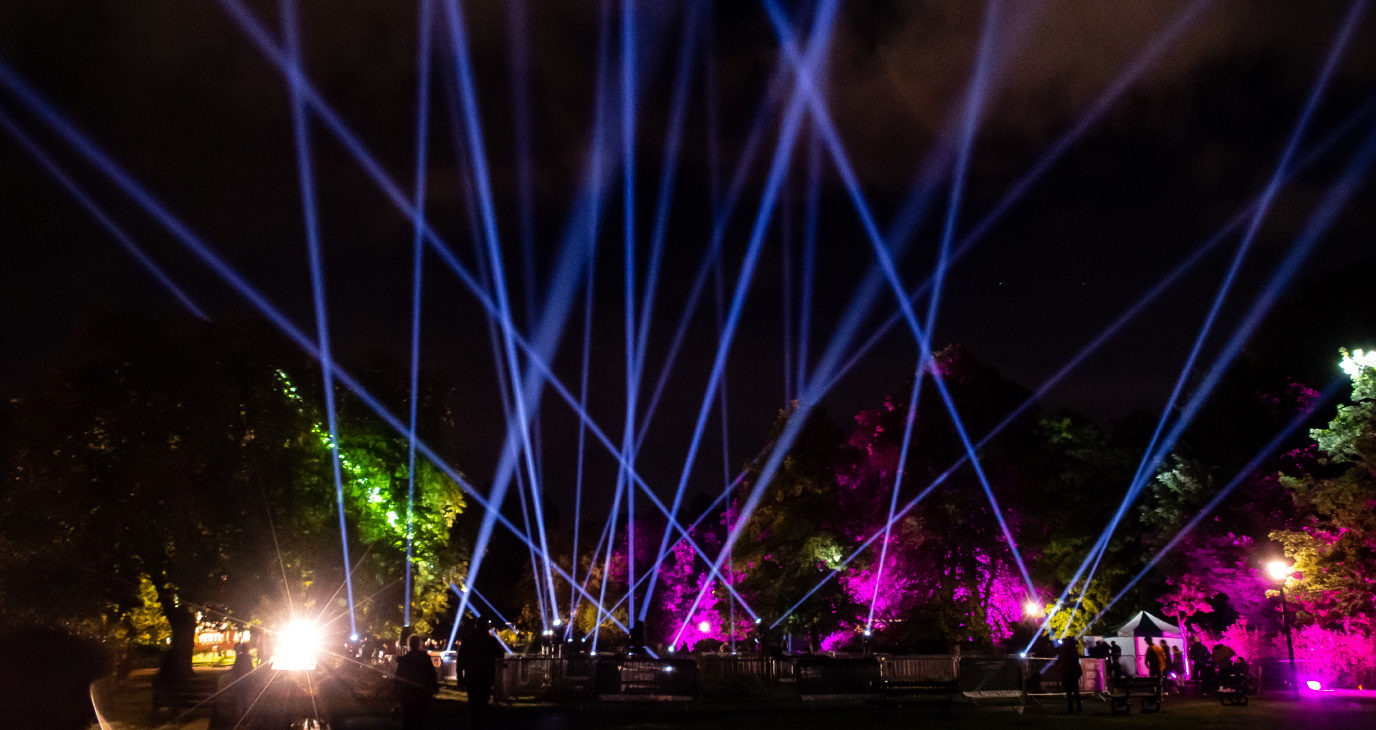 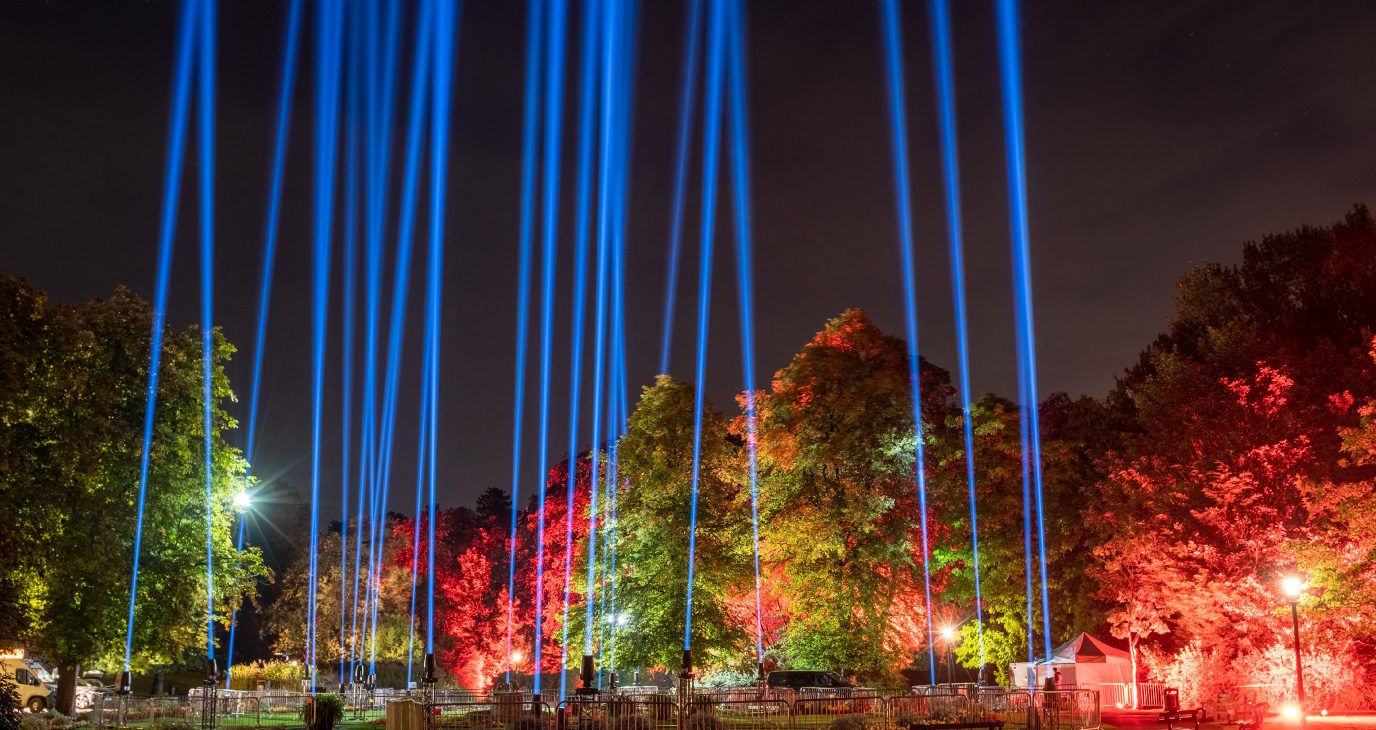 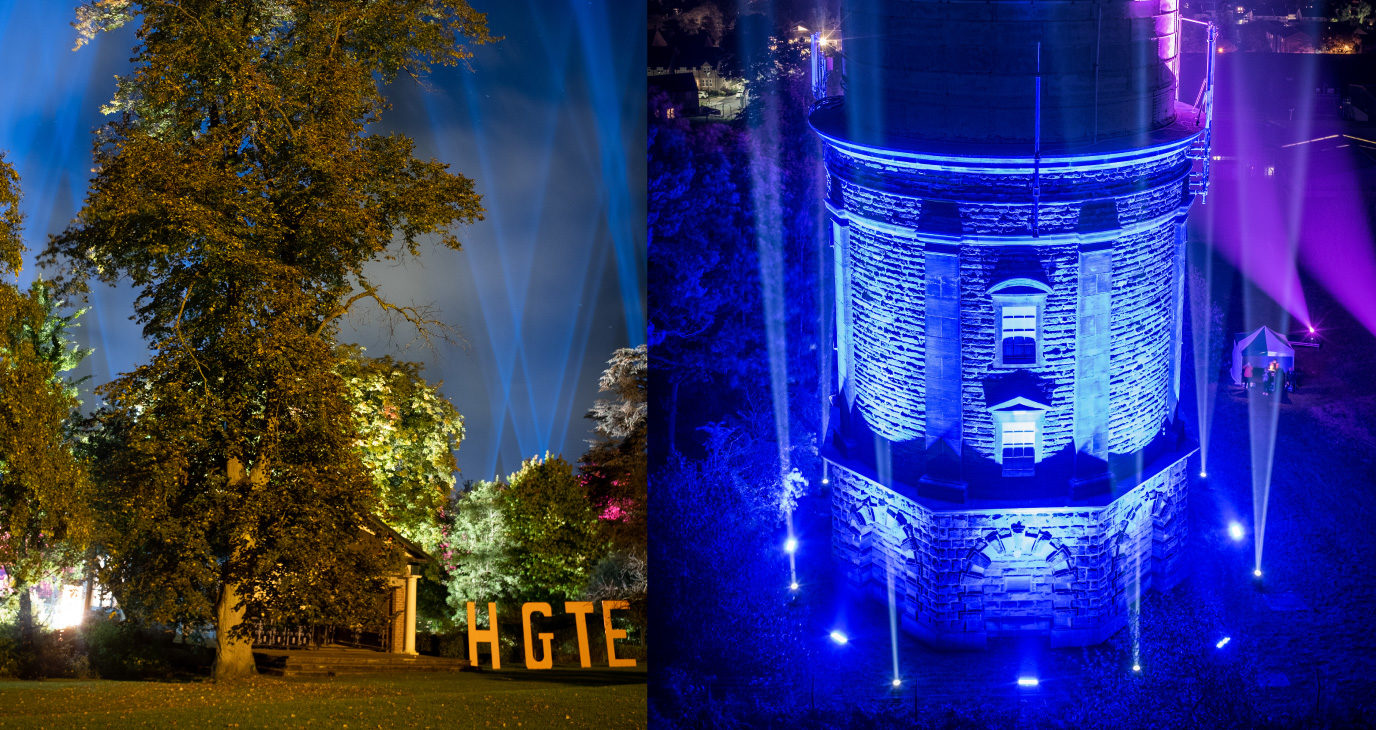 Please note, in certain countries PROLIGHTS products may not be available from A.C. Entertainment Technologies Ltd (AC-ET). The rights and ownership of all trademarks are recognised. Whilst every effort has been made to ensure that the information is correct, AC-ET accepts no liability for errors or omissions. Technical specifications and data are provided for guidance only. Because manufacturers constantly aim to improve their products, they reserve the right to amend or alter at any time and without prior notice, the specifications of any product. E&OE.