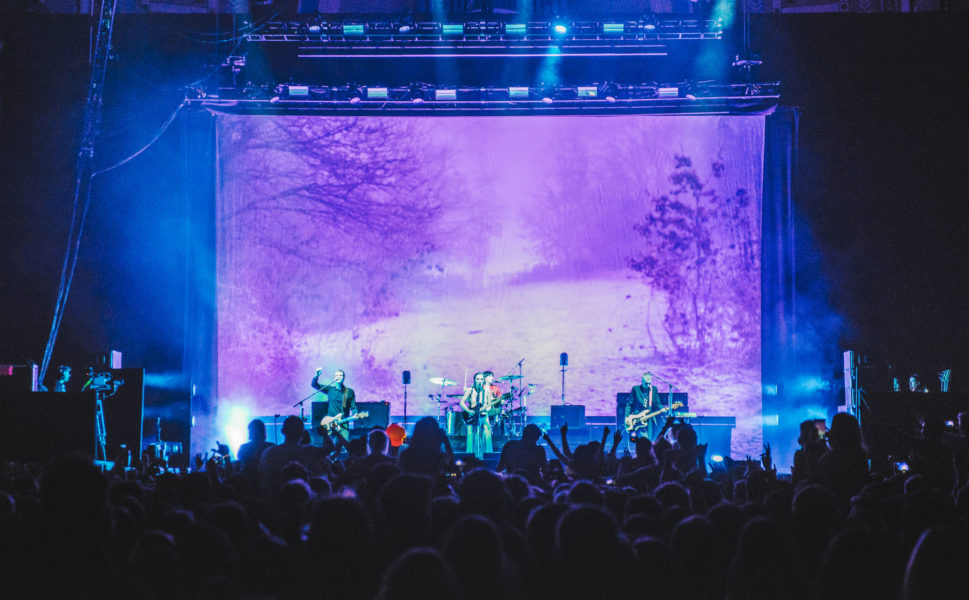 Since their formation in 2017, Lights Control Rigging have supplied kit for many high profile tours and artists ranging from Ed Sheeran and Dizzee Rascal to rising stars such as Wolf Alice and Sundara Karma.

At the moment we seem to be sending out equipment for a different tour every week… the key is being able to work with the artists, their lighting designers and make sure we have the right, high quality equipment available at the right time. We work closely with A.C. Entertainment Technologies (AC-ET), who supply much of the equipment we hold in rental stock.

One of the first outings for the Chroma-Q Color Force II was critically acclaimed Indy band Wolf Alice’s 3 week UK and Ireland tour in November. By lighting the large Cyc with the Color Force IIs, LD Davy Sherwin was able to use the fixtures’ great colour range and even throw to change the mood and ambience of each song without detracting from the performers themselves.

Davy also used the Color Force II at the O2 Academy Brixton for up and coming band Sundara Karma’s largest gig to date. Here he used the fixtures’ power to light an extremely bright backdrop which bleached out the stage and allowed other LED elements to be revealed, creating the effect of the rising sun as well as a vast array of looks which complemented the band’s performance.

The Color Force II are proving to be an extremely popular part of our rental inventory, their flexibility to provide front of stage effects as well as powerful Cyc lighting with a huge range of even colours makes them really versatile. AC-ET have provided great service and support as we’ve grown our business.

LCR is a fast growing business; it’s a pleasure dealing with Mike and Ryan. Their on-going commitment to stocking top end equipment and their passion to be the best means they’ve quickly established a superb reputation as a leading rental production house.