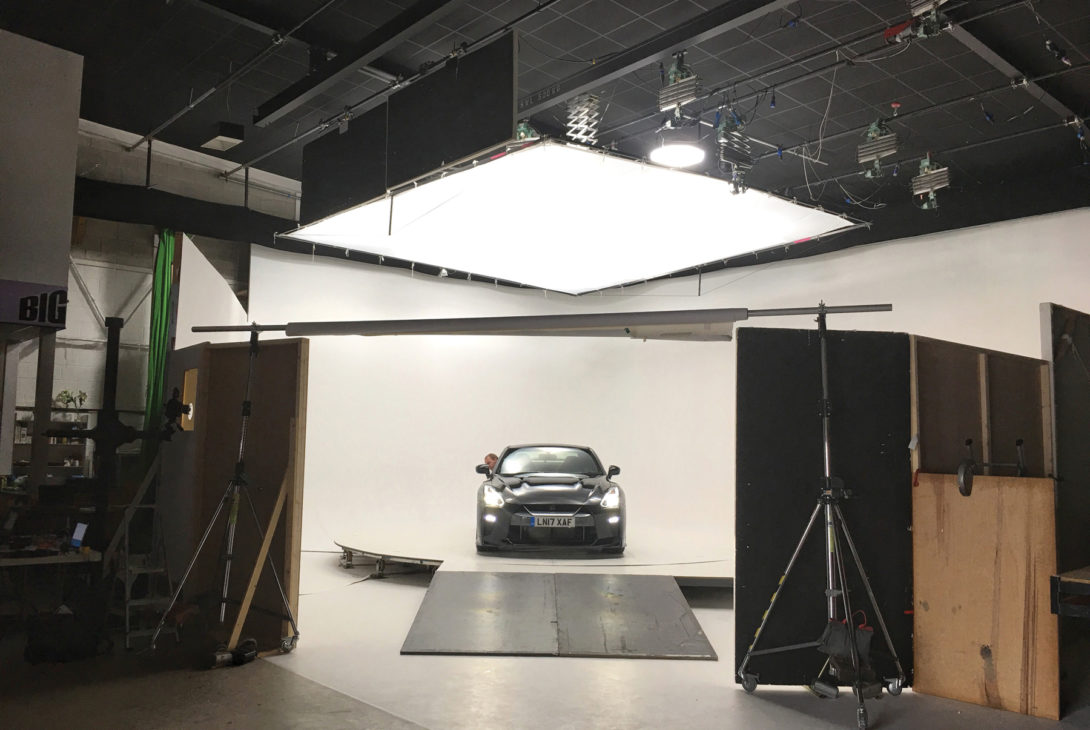 After being impressed by a demo, Big Shed’s Justin Windle has sub-hired in the Space Force™ for several big-brand clients’ shoots, including utilising six units to top-light a five sq. m, 360 degree revolving stage used to shoot stop-frame imagery of revolving cars. The Space Force’s shallow profile allowed him to gain nearly a metre in elevation compared to the studio’s old, conventional space light fixture.

Another project required emulating the even lighting of a large hospital floor. The six units were evenly spaced to light the 50 ft. wide set, and were hung, angled on their yokes, lit and ready to use in less than an hour. The fixtures were also used to light the set for a filming shoot by a major children’s TV channel.

In my experience, the advantages of the Space Force over conventional space lights are many. They’re a fraction of the power consumption yet are very bright. They are much easier to hang and adjust, produce little or no heat output, and feature very simple white colour temperature adjustment. After using Space Force, I can’t see why you would want to use traditional space lights anymore!