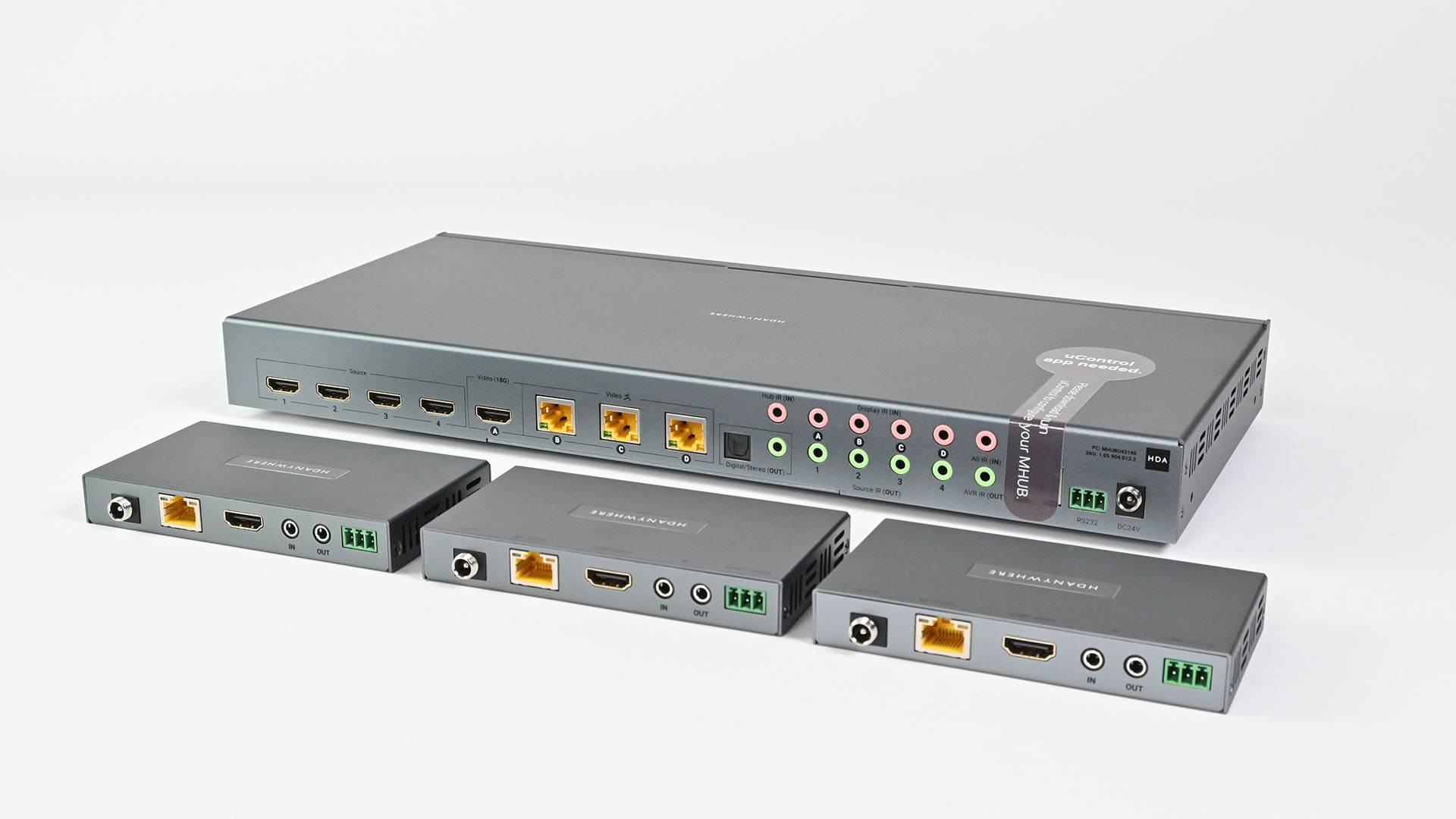 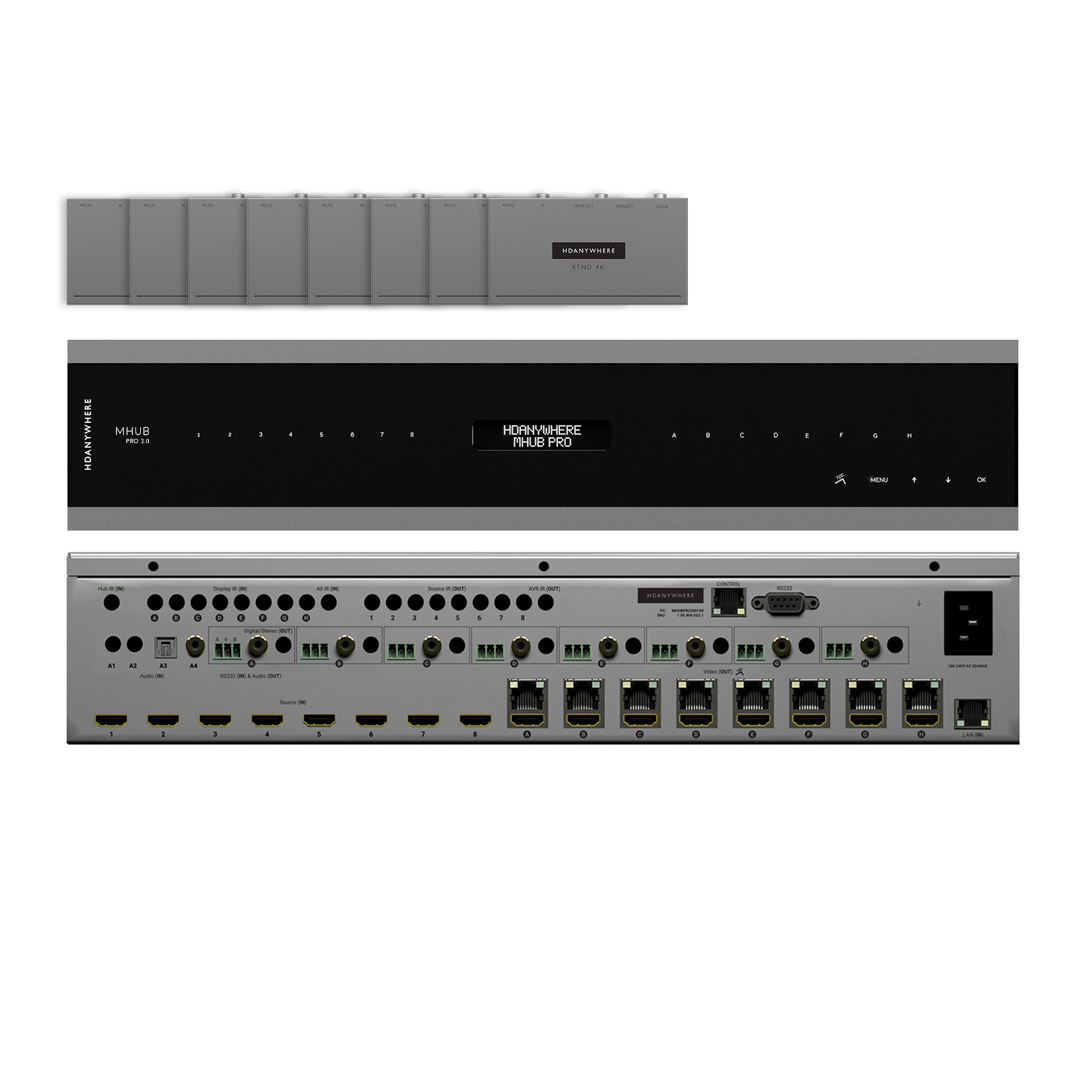 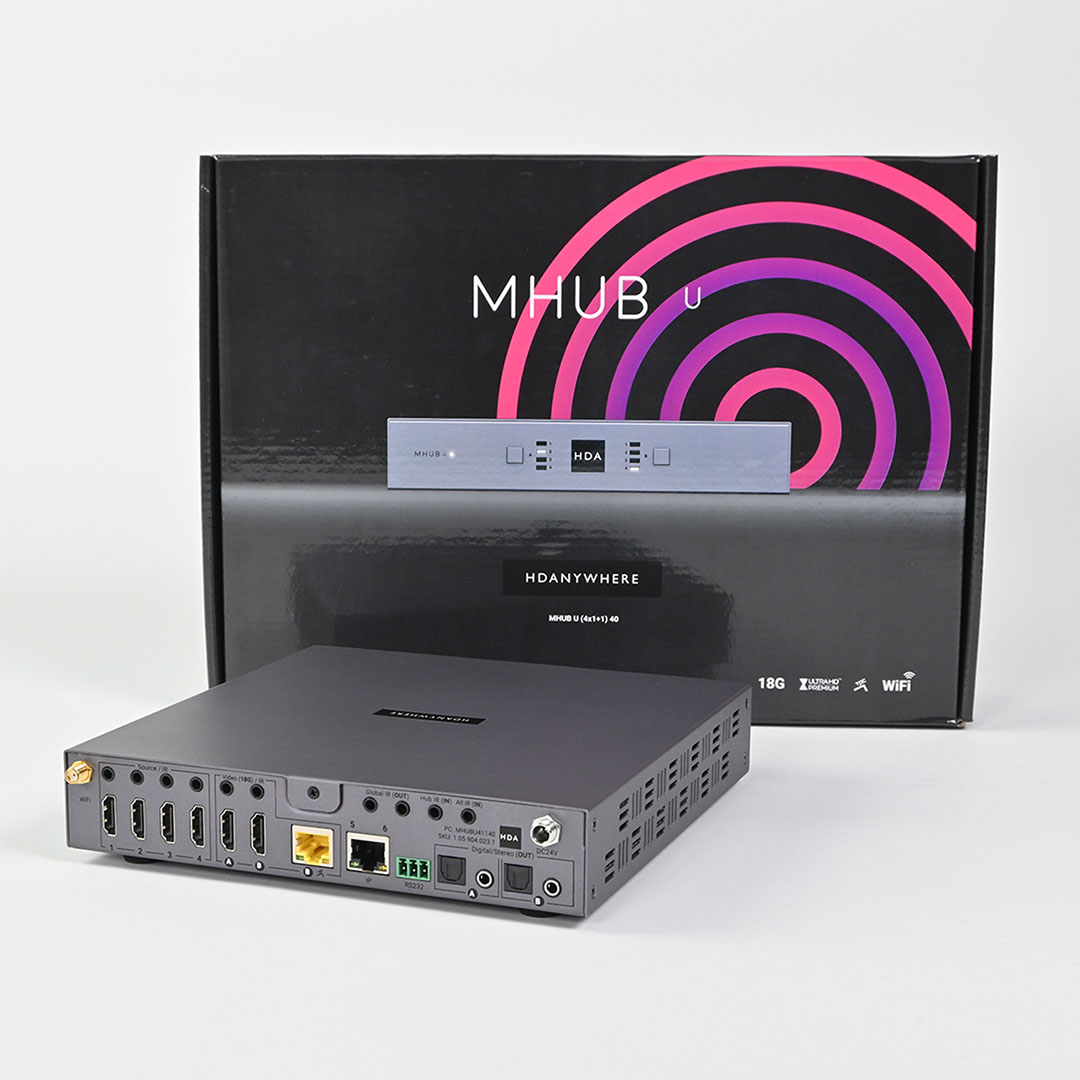 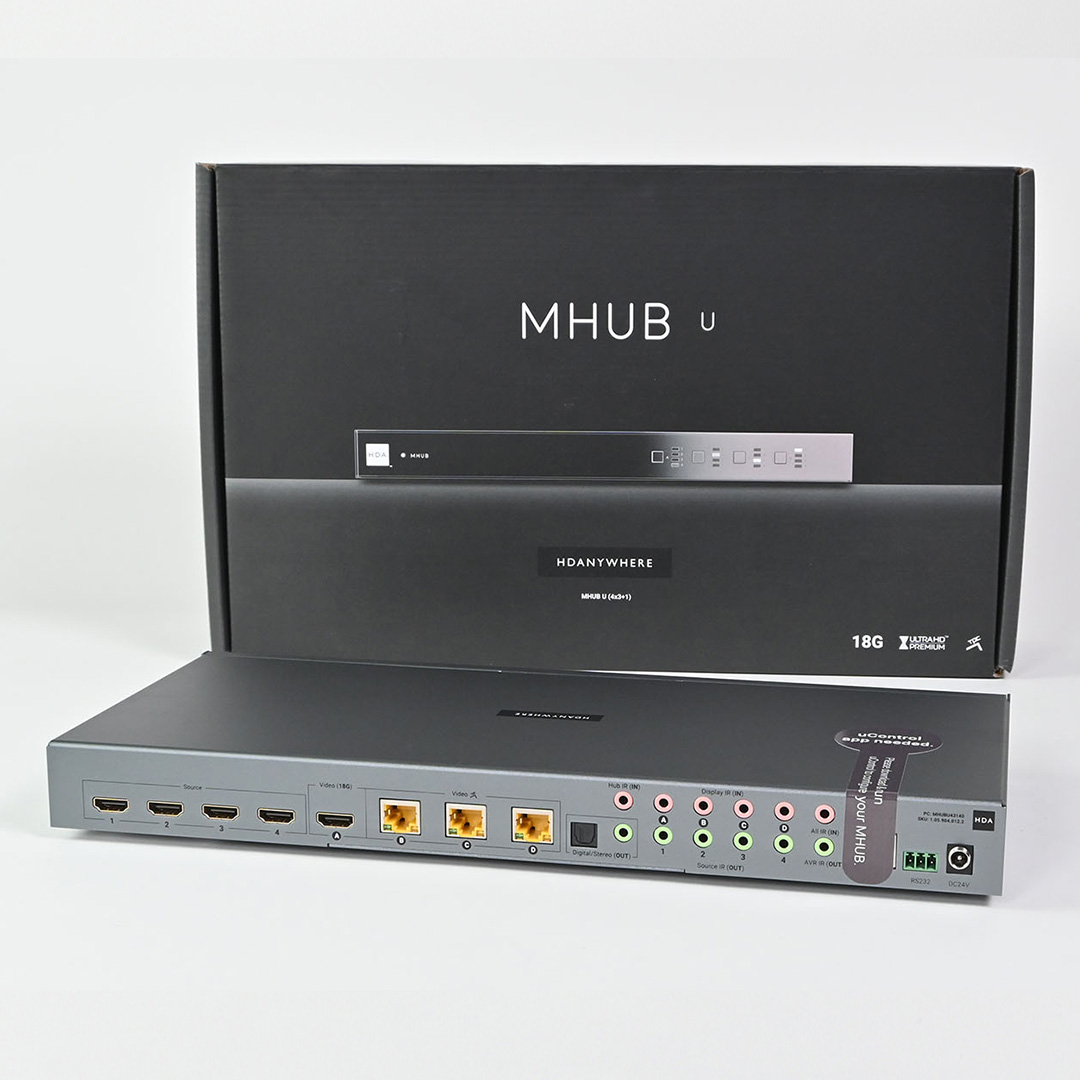 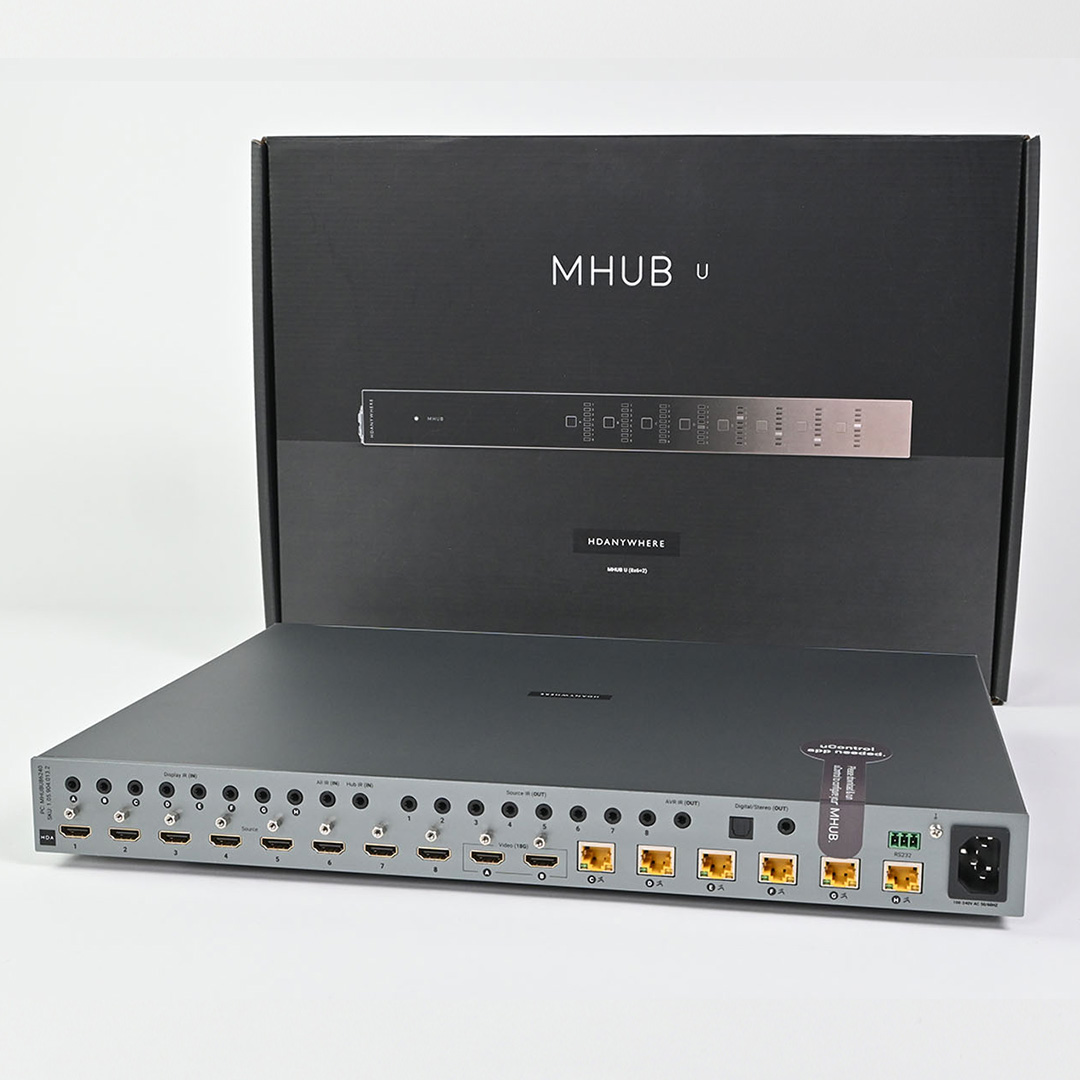 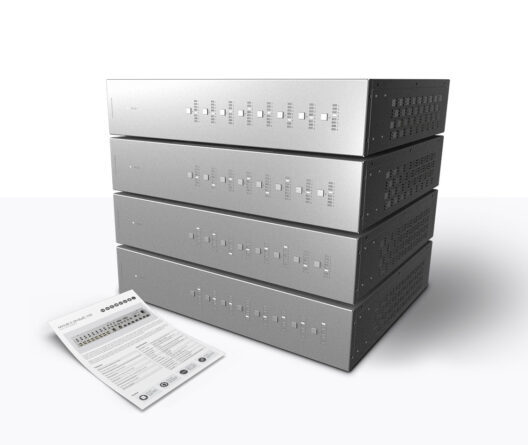 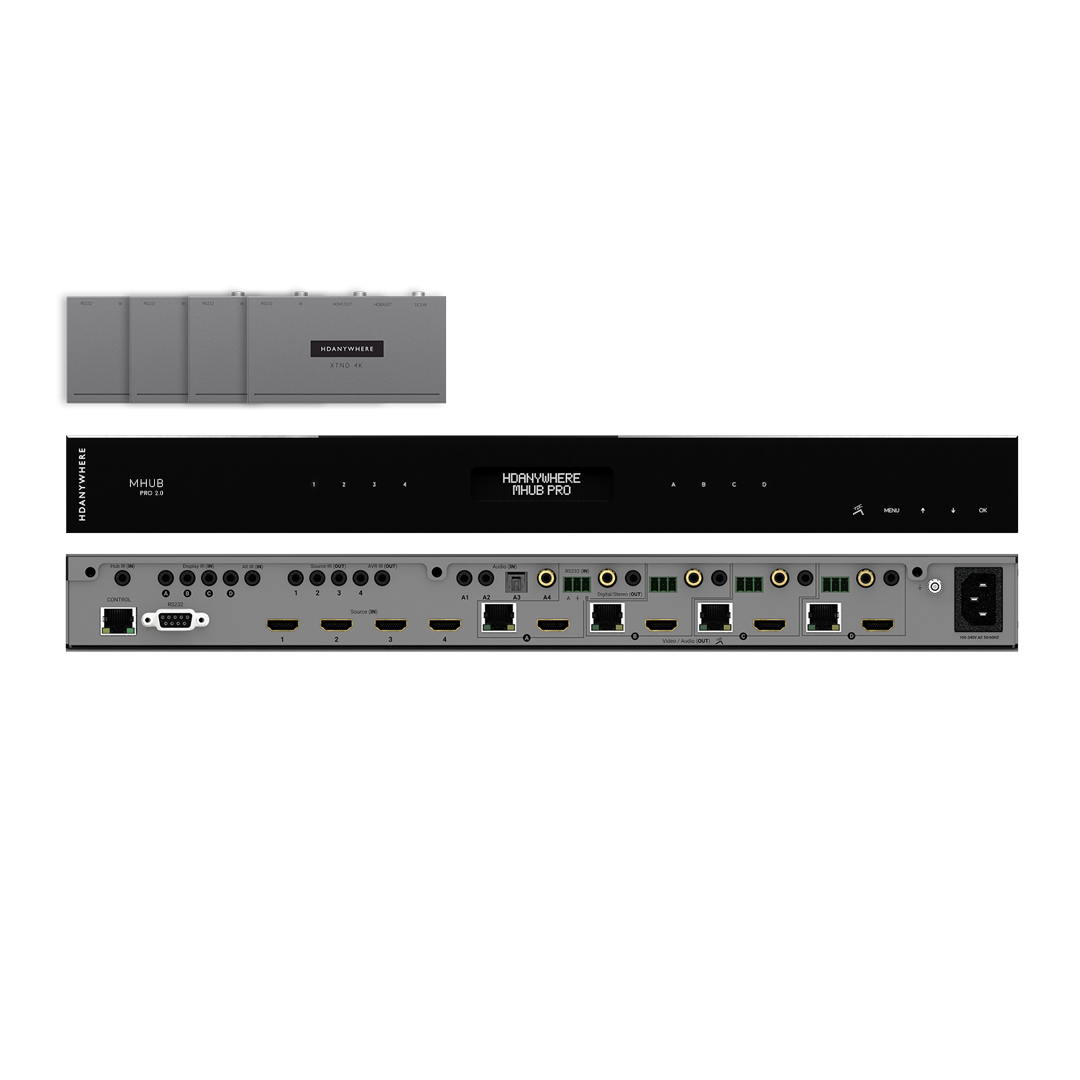 MHUB U has been designed for those who want smarter, neater and comprehensive control all from one system. MHUB S is for bigger projects with up to 80 zones of video and the MHUB PRO 2.0 is designed for uncompromising AV professionals who don’t have time to find workarounds or accept compromise. 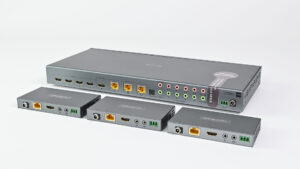 MHUB U has been designed for those who want smarter, neater, living spaces and comprehensive control all from one system. Designed to accommodate everything from apartments to large homes, with a transmission range of up to 40m, supporting 18G throughput (for the very best picture quality), the MHUB U offers unrivalled function and unbeatable value for money. 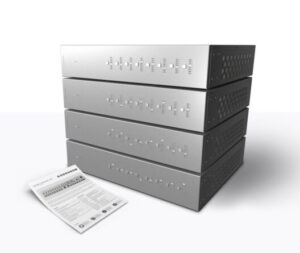 MHUB S is for bigger projects. With up to 80 zones of video and control included, MHUB S is cheaper and easier to install than AV over IP. Supporting 100m of full-fat 4K or 150m at 1080P range and no need for a control system, there’s finally an alternative to AV over IP. Your time is important. A project may involve the procurement of hardware, infrastructure, control and installation, this takes time and effort. MHUB S and a Zone Processor (if you’re stacking systems) is 2 SKUs and everything needed is included inside the box. Building a 8×16, 8×24 or 8×32 system is the same difficulty as setting up a single MHUB.

MHUB S can work standalone as a 100m 8×8 system or it can be stacked in to another MHUB S by mirroring the inputs. This gives the second, third or fourth MHUB S access to video content connected to the foundation system. MHUB S even supports IR passback so a source device connected to the foundation system can receive an IR signal received by the MHUB S systems higher up in the stack. 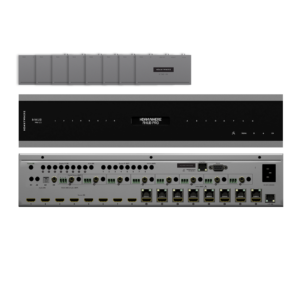 Two matrixes for the price of one. MHUB PRO 2.0 adds an audio matrix to its feature list with four independent audio inputs and ‘situational audio’ such as HDMI source audio or Audio Return Channel (ARC) which can be routed native or downmixed to any of MHUB’s audio output ports. It’s even possible to mix audio from any input over any video stream. Now that should be music to your ears.

If you’re interested in finding out more about any of our Video products, arrange a demo or email us

Video News – Keep up to date with new Video products, interviews, press releases and much more!