The History of Lighting Desks

Many people use Lighting Desks on a daily basis but have you ever wondered how we came to know and love these brilliant pieces of kit? If so, read on…

The Origins of the Fader Desk

Let’s start at the beginning.

The invention of thyristor electronic dimming enabled the brightness of incandescent lamps to be reduced. This forged a path for the early fader desks. Their origins were simple ones – only having two or more rows of channel faders (pre-sets) controlled via master faders. This allowed cross-fading between two different lighting states.

These types of desks were commonplace in schools, with desks like the Strand Mini 2, Eltec, Furse and many others being a widely recognised fixture. It was rare that more than 24 channels were used with six-channel dimmer packs.

One throwback that was still in use when thyristor dimming was introduced was the Strand LC, which used Saturable Choke Dimmers. 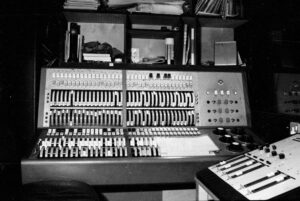 What is a Saturable Choke Dimmer?

A saturable core dimmer uses a small DC current to magnetize an iron core through which AC current flows. As the level of magnetism increases, the conductivity of the core also increases; meaning more AC load current is then able to pass through it.

An advantage of this was that pulling the fader down gave a gentle 2-3 second fade, as the chokes discharged. A snap black-out required a relay on the output of each dimmer. 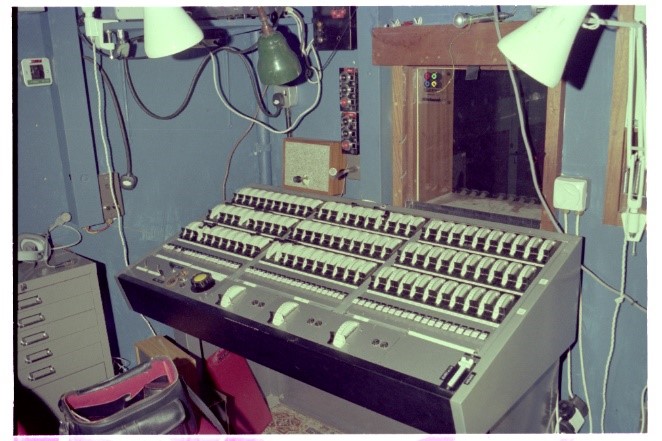 What about Larger Lighting Boards?

Larger lighting boards used more pre-sets, often with grouping. This meant a circuit could be allocated to an A or B fader – or black/white in the picture of the Strand SP60. This technology moved forward with the LP board. On this board, each fader, on each of the three pre-sets, had a microswitch and could be grouped to red, white or off.  It even had a button which allowed each pre-set to be cleared down, ready for re-setting.

This desk was remarkable for needing a three-phase 30A power supply, due to a large number of indicator lamps, nearly 500 on an 80-way board, and all the relays required. 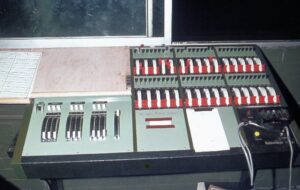 The demise of the Manual Lighting Desk

One of the final (and one of the finest!) manual desks was the Strand Three-set. This desk had three presets, each with three groups, giving a total of nine master faders.

One advantage of this desk was that each pre-set was mounted independently, normally Preset 1 on the master desk, and Pre-sets 2 and 3 on the top/bottom of a free-standing wing. This meant that in the midst of a busy show, extra operators could re-set each one while not distracting the board operator who was working the master faders. 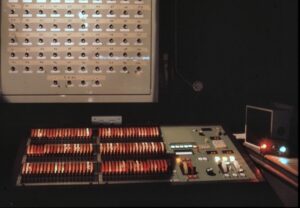 A short-lived variant of this concept used computer-style punch cards to “memorize” cues.

Early memory desks, such as the MSR, still used faders for plotting and had very limited editing facilities.

Storage was on a drum memory and there was a Eurocard-sized PCB for every channel; meaning a 120-channel system needed two large racks to contain the electronics. To the joy of the operators, they had to be kept air-conditioned!

It will come as no surprise that this technology was overtaken by the advent of electronic memory.

Early memory desks progressed to the likes of the Duet and Gemini from Strand, as well Q-File from Thorn. The Q-file was the earliest successful memory desk – taking TV by storm!

In the 1980’s Strand and Eltec introduced memory desks ideal for schools and village halls, with only 24 channels. These were gradually developed by several companies, including Zero 88, whose Sirius set a new standard on manual/ memory control.

Desks like the Sirius initiated a revolution in how lighting was operated and what facilities were available to lighting designers. A major breakthrough was the “soft key” or button that had more than one function. This enabled boards to become smaller and more portable. The arrival of DMX control protocol around 1990 allowed easy control cabling for hundreds of dimmers.

So, where are we now? 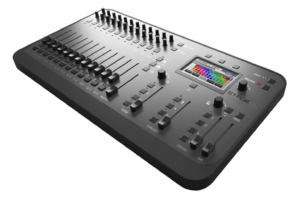 Having made quite the jump from the early fader desks, modern fader desks now have powerful editing and effects as standard features and at a reasonable price! Perfect examples of these desks include Stage CL by Chroma-Q, Zero 88, LSC & ETC. Many now contain powerful touch screens and are adapted for the control of moving lights and LED fixtures.

With every technological advance, the Lighting desk took one step closer to becoming the incredible piece of equipment so many in our industry rely upon today. We can’t wait to see what the next development will be.

If you would like further information about the lighting desks available today, get in touch!

Sectors & Applications. Who do we supply?

Lighting News – Keep up to date with new Video products, interviews, press releases and much more! 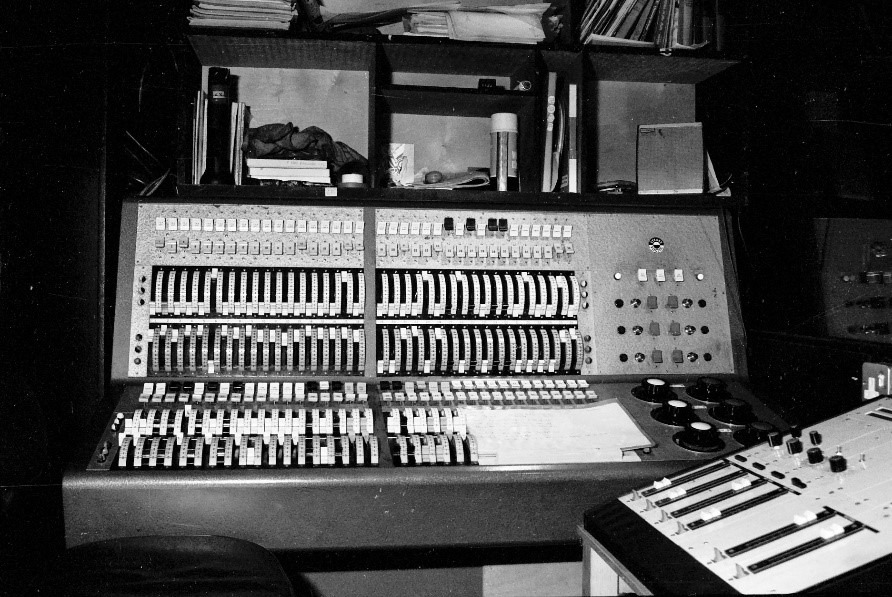 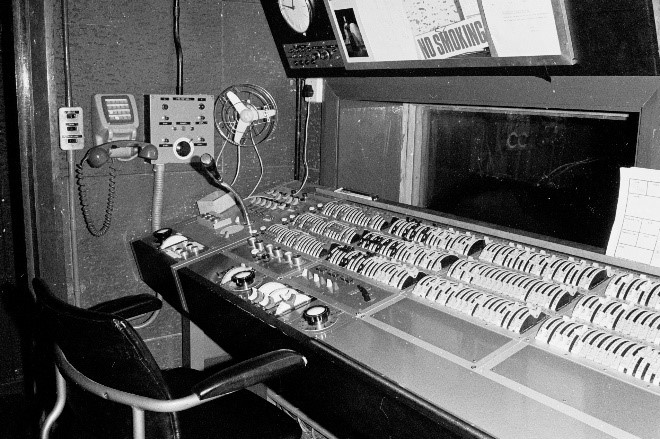 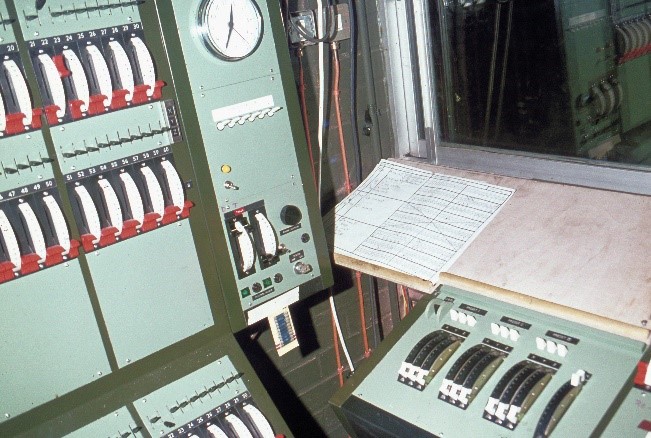 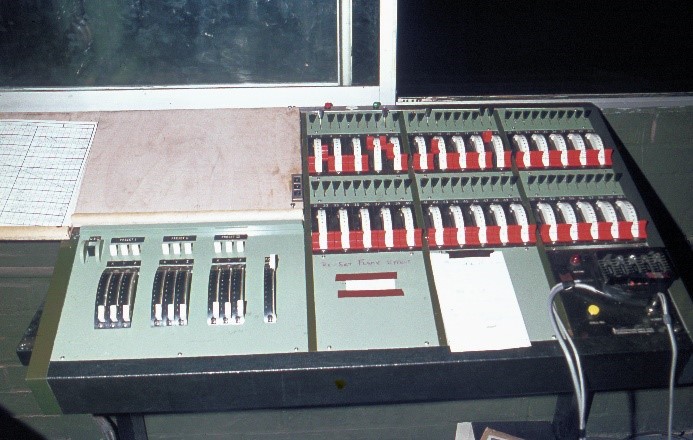 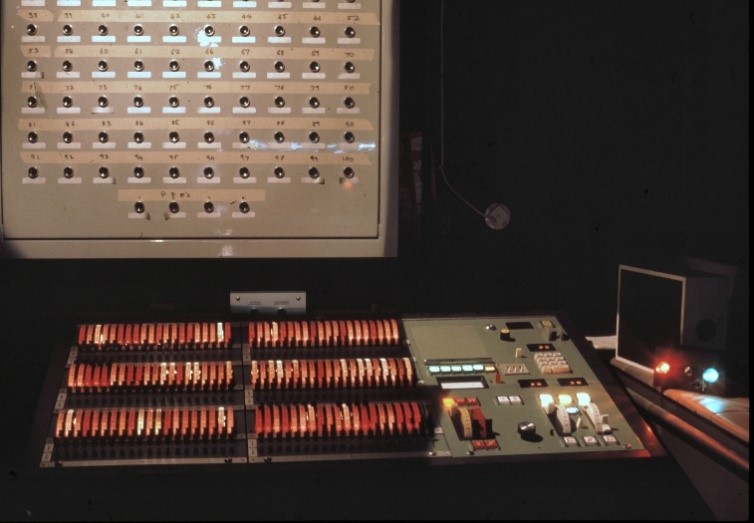 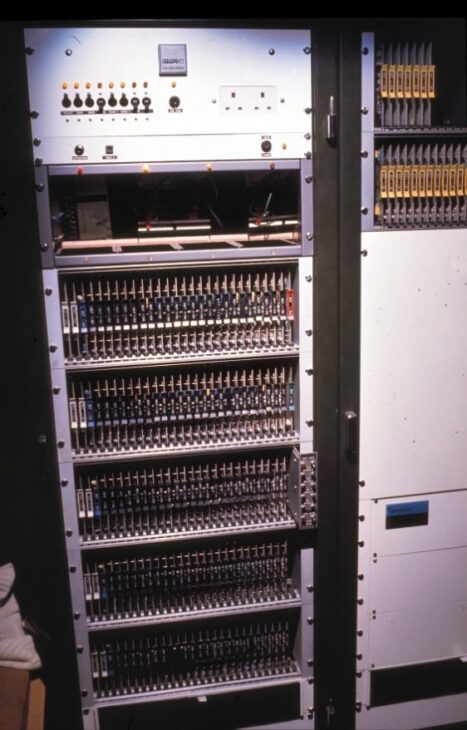 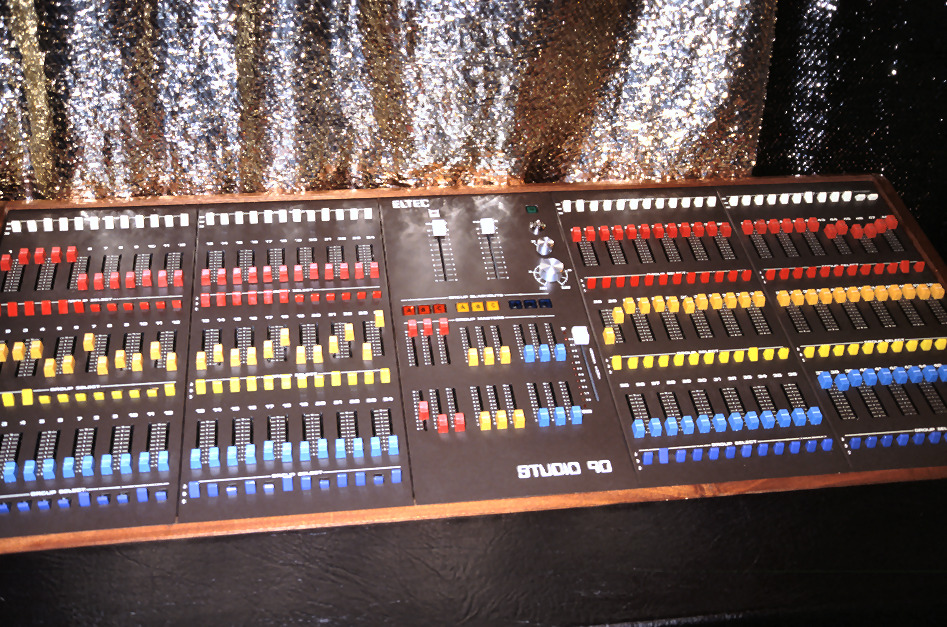