The Heritage 3000 (H3K) was first introduced in 1999. Its famous purple colour and features made it so distinctly Midas. It soon established itself as the world wide industry standard for live sound applications. The H3K proved to be a huge winner from day one. Midas Consoles themselves tell us more about the Midas Heritage history… 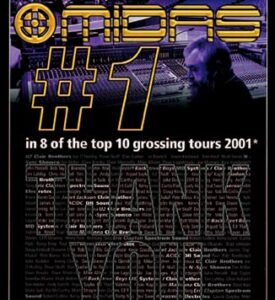 The extremely capable HERITAGE 3000 was suited to both Front of House and monitoring applications, whilst the companion HERITAGE 2000 was specifically aimed at Front of House mix duties. The H3000 and H2000 launched in 1998 and 1999 respectively, a massive part of the Midas Heritage History. 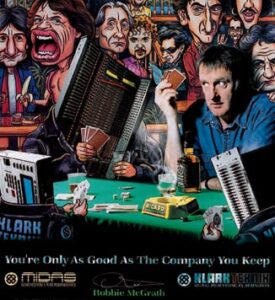 The HERITAGE 3000 became the concert touring industry standard and formed the focal point, along with the XL4, for most major tours for the following decade including acts such as Bon Jovi, Alanis Morrisette, AC/DC, Coldplay, Kid Rock, Metallica, Alicia Keys, Foo Fighters, Christina Aguilera, Sir Paul McCartney and Pearl Jam. 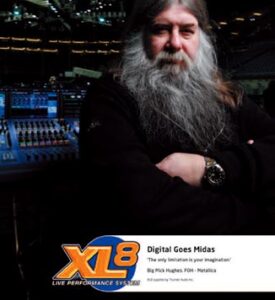 Two further HERITAGE consoles were launched, the smaller theatre-oriented HERITAGE 1000 appeared in 2000, followed a couple of years later by the giant HERITAGE 4000 monitor console, essentially an H3000 with an additional pod to increase the number of auxiliary send buses to meet the demands made by the rapidly increasing use of in – ear monitors. 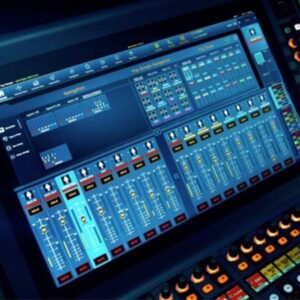 The striking colour scheme wasn’t the only thing that made waves within the industry. With a new pre-amp design bettering that of the iconic XL4, large channel and aux counts plus the flexible aux switching system, it’s no wonder the H3K appeared on everyone’s spec as the console of choice.

Living up to the reputation of the H3K is undeniably a hard task; the H3K set a new standard in live mixing.

Naming the Heritage D after such an iconic mixing console was indeed a bold move. However, this product is bold and visionary whilst keeping the legendary sound quality and raising the bar on what a digital mixing console can achieve.

Building on the prolific history of the H3K and PRO Series consoles, the new Heritage D now reinvents the workflow of the sound engineer. Finally, a Midas you can touch. Featuring a powerful 21” HD touch screen and formidable ultramodern Graphic User Interface (GUI) control all at your fingertips. Heritage D is a vision of the future with thought provoking new features such as Channel AI (yes, Artificial Intelligence). 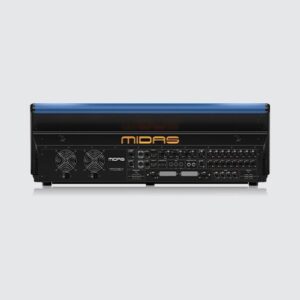 At the heart of every mixing console is the most important part – Audio. Overlooked by other manufacturers, Midas have always put sound at the top of their priority list.

It was hard, almost impossible, but they improved on the legendary Midas digital sound with their new 64-bit summing mix engine with increased dynamic range. Driving a Midas has never been easier.

The key to the Midas sound is in giving ultimate flexibility while still being delay compensated. Avoiding the dreaded comb filtering effect is so very important. Many other consoles simply ignore this crucial part of the audio signal path. 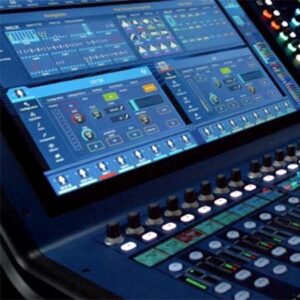 The Flexi-Aux system gives the ability to send aux to aux for group or stem style mixing. Now you can smash a whole drum kit with parallel compression and feed it to an artists in ear mix. 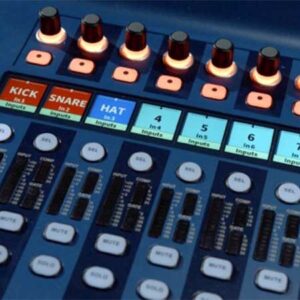 The new, intuitive, easy to use Variable Phase per channel allows sound sources to be blended together seamlessly, with high or low phase changes to mix signals together in ways never achievable before. 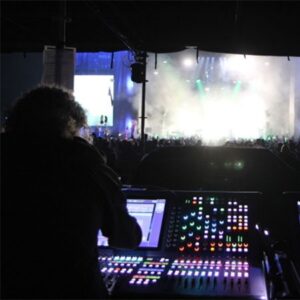 New tap off points on channels have been introduced to allow signals to be sent from any point in the signal path. This gives greater flexibility for sending signals to stage before any element of processing has been performed. All this without affecting what Midas magic is needed for the main mix.

For the first time on a Midas, post insert fader points are available plus all processing options orders can be changed by simply dragging and dropping in the order you desire. 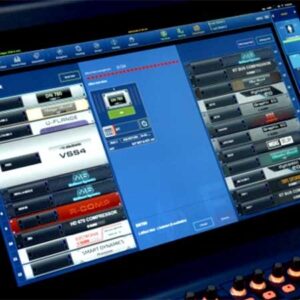 With 18 Sharc DSPs, 14 layer boards, 5 Eighth Generation FPGAs and 2 GPU co-processors there has never been such a technologically advanced board in the world.

A true plethora of Effects with Music Tribe’s unparalleled sister companies including TC Electronic, Midas have the world’s best effects emulations. Up to 96 effects can be used to craft a beautiful sounding mix 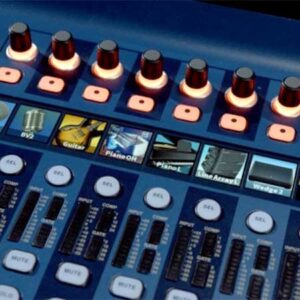 The first Midas full HD multitouch screen with up to 10 faders being controlled at once, unseen on a mixing console. 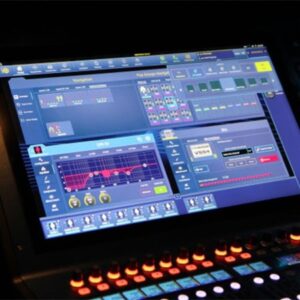 The Shout Mixer allows complex communication groups to be easily created and stored. 16 shout inputs (independent of the input and output channel count) can be used to create multifarious talk systems with 12 dedicated outputs. Instant recall allows you to use different settings for soundcheck and the all-important big show. 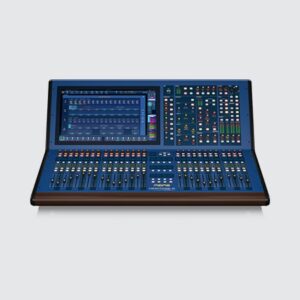 Never before has a console been able to listen to your source, tell you what it is, suggest Gain, EQ, Compression and Gate settings if required. All this presented in an easy user interface that lets you decide which parts of suggested settings you wish to use. Adaptive presets let you pick the style of sound you want and the Channel AI ™ does the rest. You’ll wonder how you ever lived without it.

The development of the HD96-24 can be summed up with one phrase “We Listened”.

If you’re interested in finding out more about Midas Heritage Consoles, arrange a demo or email us

Please note, in certain countries Midas products may not be available from A.C. Entertainment Technologies Ltd (AC-ET). The rights and ownership of all trademarks are recognised. Whilst every effort has been made to ensure that the information is correct, AC-ET accepts no liability for errors or omissions. Technical specifications and data are provided for guidance only. Because manufacturers constantly aim to improve their products, they reserve the right to amend or alter at any time and without prior notice, the specifications of any product. E&OE.